My friend “Pops,” David Luce, and I visited his home turf in June 2018, and on Thursday of our week there, we visited what is called the “Underground Hospital” also called the War Tunnels.

The island of Jersey, one of the Channel Islands, occupied by the Germans during WWII is a museum of the Nazi War machine.  Noirmont is the headland above S. Brelade’s Bay, where we stayed, and is much encased now in concrete left by the Germans

This reality and this history behind it was captured by one of the characters in the wonderful book The Guernsey Literary and Potato Peel Pie Society by Mary Ann Shaffer and Annie Barrows,

Hitler was fanatic about fortifying these Islands. England was never to get them back. His generals called it Island Madness. He ordered large gun emplacements, anti-tank walls on the beaches, hundreds of bunkers and batteries, … miles, and miles of underground tunnels, a huge underground hospital, and a railroad across the island to carry materials.  The coastal fortifications were absurd. The Channel Isles were better fortified than the Atlantic Wall built against an allied invasion. The installations jutted out over every bay.  The Third Reich was to last one thousand years in concrete.”

These fortifications were built mostly by the more than 16,000 Todt workers, named for the head of this workforce, Fritz Todt, but interestingly enough, his name means “Death” in German.  And this was an effort to often work these men and boys to death.

They were fed sparsely, based upon the diet determined necessary for a man to still do a full day’s work. After every work day, often covered with the dust of cement, they were free to forage for food.  Some of the islanders would take these workers into their homes, hide them, feed and care for them, moving them from place to place so as not to be noticed by neighbors or reported.  If discovered, such Islanders would be arrested and deported to camps on the continent.

This history is a ubiquitous contrast to the beauty around every bend.

One of the massive projects was the construction of the Underground Hospital, now called the War Tunnels.  Some locals also were hired by the Nazis to fill out the workforce, and they would be paid a salary that was better than what they would make in other island employment.  This involved dangerous work, 100′ underground, dynamiting, shoveling, taking out rocks and finishing the tunnels.  There were many cave-ins, burying many workers in the construction.

Today, the War Tunnels on Jersey are a point of tourism.

As you enter you are given the identity of an Islander who died during the war.

And the tunnels are now a very cold, underground journey into a historical replay of the occupation.  There are many actual recordings of pronouncements made during the War and countless reproductions of letters and experiences the islanders had.  It is incredible.  Below, Pops is speaking with a couple who upon discovering that he had lived through the occupation were fascinated and caught up in his stories of his family’s experiences.  They peppered him with questions and others stopped to listen.

Our smiles felt far from the experience of what these tunnels represented in the lives both of those who died in the making, and those who had suffered during the occupation.  The hospital was never completed.  The war ended and work was abandoned. So today it is a kind of memorial to the losses of war and a reminder that war is not an “answer” in this world, it rips, tears, destroys, and dismembers. It is certainly a part of our world.  To find the name of the man’s identification I carried, realize he had died while trying to escape the island in a rowboat and make the 90-mile journey to England, was sad! There had been an islander who had actually made that journey, and upon arriving in England was arrested by the English, his story distrusted.  Ah, war!

And what a contrast the dark underground hospital was to the beauty of this place.  It was truly a journey from darkness to light, from hopelessness to hope. I swam in this beautiful water again and again.  What a privilege and contrast to what others had experienced in the same place.  For me, it was like a visit to some of the concentration camps in Germany, also surrounded by exquisite beauty yet, such darkness had reigned within.  This reminded me of the passage from Paul’s letter to the Christians in the town of Ephesus where he wrote:

“Be imitators of God therefore, as dearly loved children. And live a life of love as Christ loved us and gave himself up for us a fragrant offering and sacrifice to God.” They he continues, “For you were once darkness, but now you are light in the Lord. Live as children of light  (for the fruit of the light consists in all goodness, righteousness and truth)  and find out what pleases the Lord.  Have nothing to do with the fruitless deeds of darkness, but rather expose them” (Ephesians 5: 1-2;8-11).

To walk in love and walk in the light both bear fruit and change this world, “for the fruit of the light consists in all goodness, righteousness, and truth.”  For me, looking back on the beauties of the Island of Jersey, such a walk would look this beautiful, and more so. 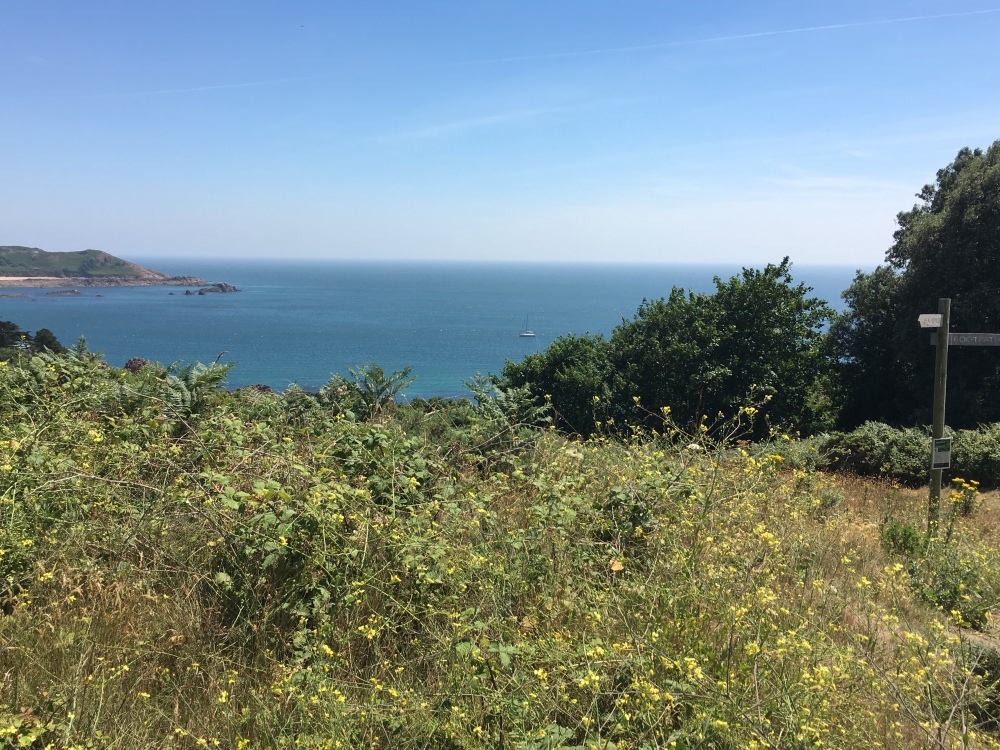 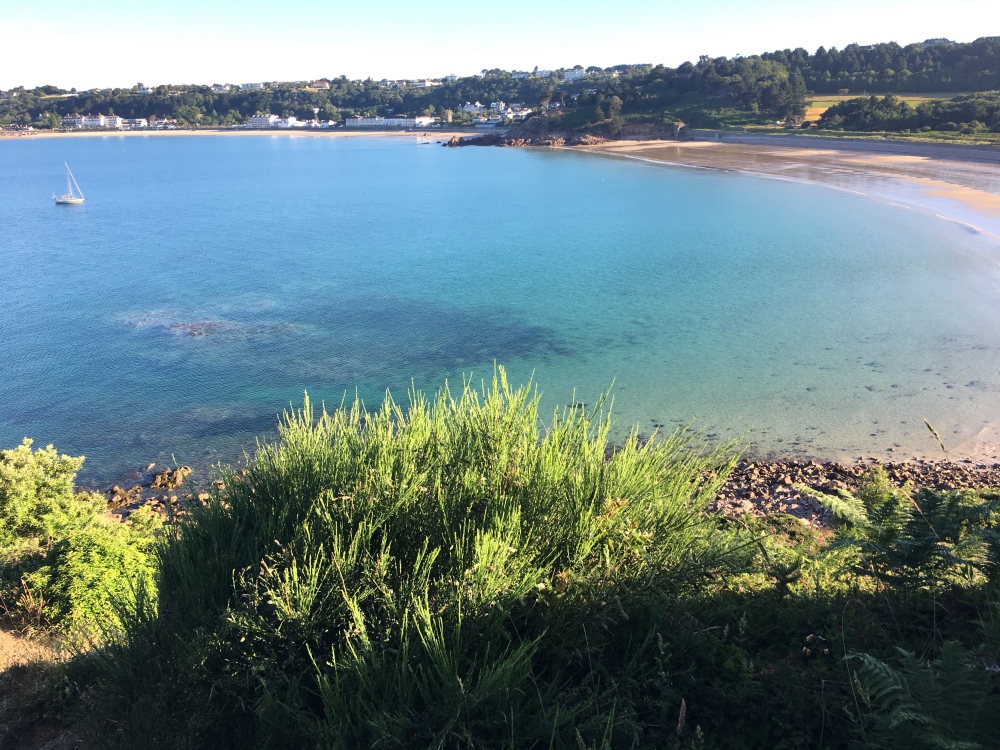 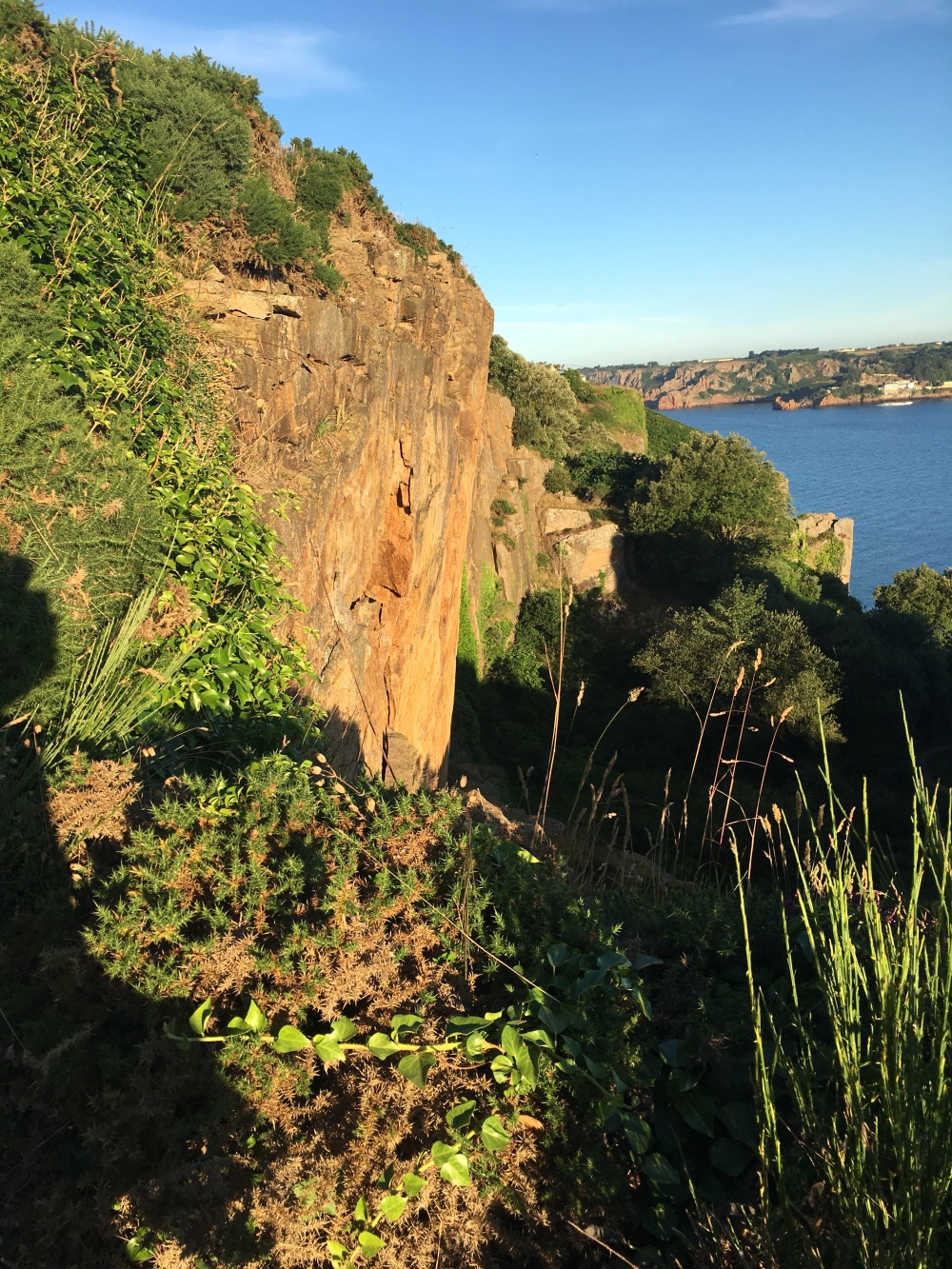 What Paul seemed to lay open in his writing was a path, a choice — how will you respond in your life?

Will you choose to walk in love and be part of light in this world, as those islanders did, who sought to love those around them even during the occupation?  For some that meant living as they had, day to day, loving neighbor and enemy alike. For others that meant seeking to work against the occupying forces, seeking to rescue the Todt workers, etc.  But both were seeking to walk in love and being part of the solution, not the problem.

Or will you choose to take another path — to react to others, blame, make others responsible for your life, and not take responsibility for your actions?  This can be as simple as road rage, blaming others for every hard thing in your world and taking it out upon them, or internet rage, that ridiculous belief that by naming, labeling, and using heartless words in the isolated world of the social media, words you would never speak face-to-face, you are actually going to accomplish something good.  Or it can be any one of many other darker paths of destruction.

I’m reminded of how a friend reacted once when someone on the sidewalk screamed from the side of the road at her, driving, on the road, blaming her for some unknown offense, as she drove by.  This friend wrote to me, that the woman’s reaction had momentarily angered her:  “What did I do to you?” or another unkind, uptight response.

This friend then stopped herself and asked: “I wonder what might have happened in that woman’s life today?” And as she asked this question and listed many horrible options, a sick child, a dying husband, an enormous bill, suddenly empathy replaced anger, and she gave generosity, and the “benefit of the doubt,” which released her and rather than anger, instead, found herself praying for this stranger to experience love.

Daily we have such opportunities.

Each of these becomes a simple chance to love or hate, to bring light or darkness, to spread joy or sadness.  What I loved about traveling with my friend Pops is that he inevitably chose love and light. No matter the situation, nor how tired he might have been, still, those with whom he dealt experienced their lives blessed by the encounter.  His life bears what Paul says is the fruit of light: goodness, righteousness, and truth. May your life and mine bear the same.