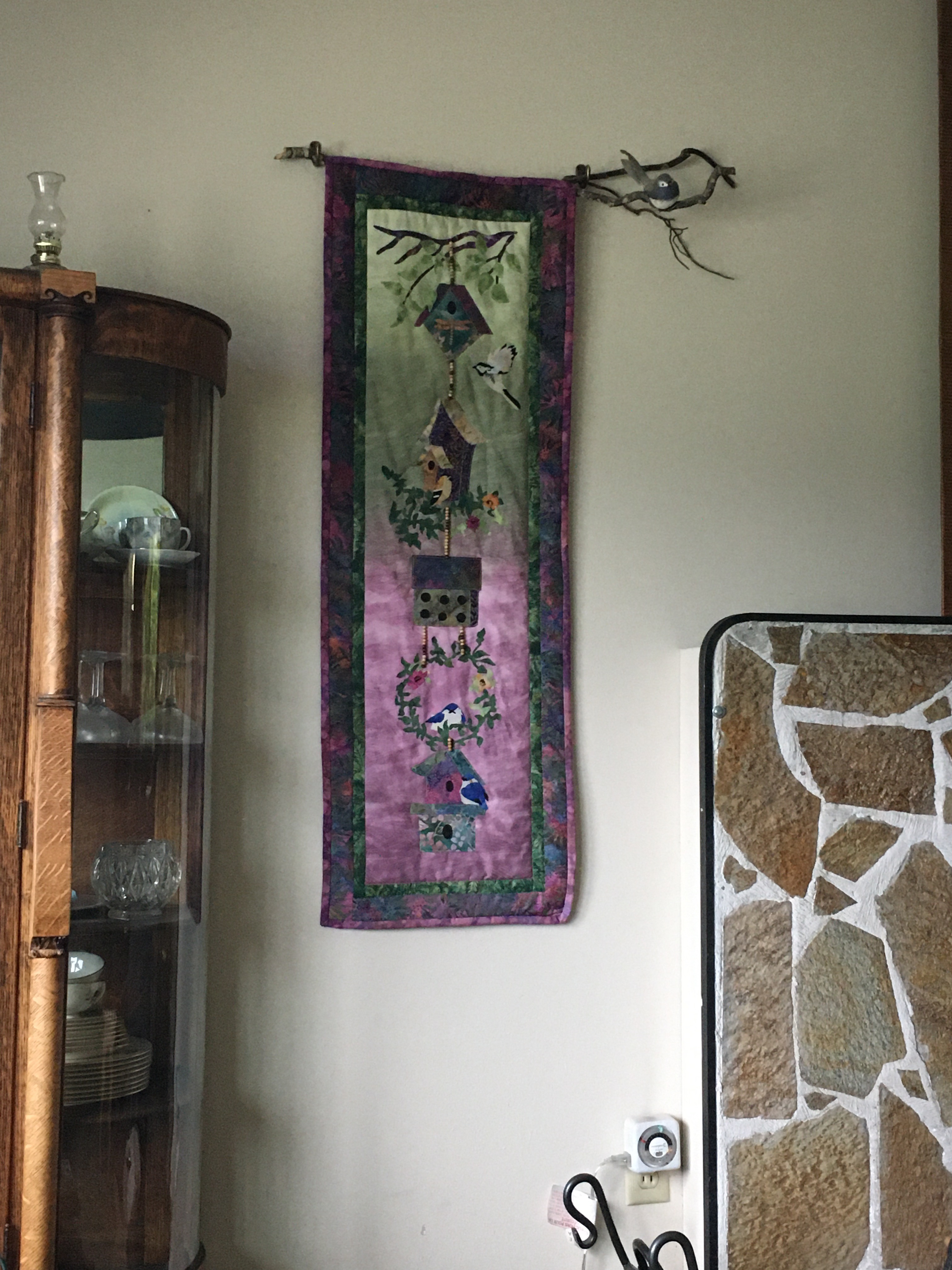 It was the last day when we were allowed to see people face to face. March 14th. Before “the world closed” as a friend says.  I had called this friend, Leola, 97, for we had made arrangements for me to come to her place and visit. I had not seen her in person at her place for over a decade.

It was 26 years ago that I arrived as her new pastor with Karen and four young daughters at Banks Community UMC. 26 years. Time does have wings. Since then I’ve pastored at another congregation for eleven years. Just incredible. And every day I’m surprised by my face in the mirror. It’s older. Somehow I don’t expect that. I don’t feel that old yet there I am.

I called Leola as fears about the virus began to circulate and said, “Okay, there is this fright out there of this virus. I am not ill. I have no symptoms. Do you still want me to come?”

“Pastor,” she said, I think she will always call me pastor, “here’s what I think. I’ve lived this many years and someday I’ll have to die whether you come or not. And it would be fine with me if the virus took me. I don’t mind getting to go home. Not that I am planning to get it, but I don’t have any fear.”

We laughed. “Okay, then. I’ll come!” She is a person who lives life to the overflow.

The next morning, the morning I was to drive out there, she called. “Pastor,” she yelled into the phone. “I woke up with a sniffle. I don’t think you should come.”

I asked, “Are you concerned that I’ll catch something from you? Or do you not feel well?”

“Oh, I’m fine. I just didn’t want you to get anything from me.” She laughed.

“Oh Leola, I’m fine and I don’t plan to get anything, so if you are okay with it, I’ll still come.”

“That would be my greatest pleasure in the world to have you come,” she said.

So about 11 am I arrived at her place on a foggy, Saturday morning. She lives alone in a one-story house that sits on a hill with lots of property overlooking an open field with a duck hunter’s pond. She has lived there for decades. The house has a steep set of stairs that go down to the full, finished basement that has a full kitchen, an extra bedroom, and is where she keeps her firewood. From there a backdoor is at ground level. She still goes down into the basement daily to get wood for her wood-burning stove upstairs. “I find that I can bring two pieces of wood at a time,” she told me, “while holding onto the railing.” Now you know why she is still alive after 97 years! She keeps going!

She’s slowing a bit. A fall two years ago left her with a nerve and tissue injury to her left hip. “I’m hobbling, Pastor,” she told me, meeting me at the front door, “but it was my own stupid fault.”

“What happened?” I asked.

“Andy told me at church not to go into the new kitchen. They were remodeling it. And it was still in process. But I wanted to put my casserole into the oven. And there was this big lip in the middle of the floor. I stepped over it easily putting my dish into the oven, but totally forgot it was there on the way back and down I went. Oh, I was so mad at myself.  And now, chronic, excruciating pain.”

I had first met Leola back when I arrived in Banks on a warm summer day in June 1994, as she and many other members from the congregation met my family and I as we arrived and helped us move in. They’d stocked the cupboards and fridge with food, the 18-year-old twin sons of Dexter and Nancy put together our bunk bed and all the other furniture, and the others made beds and unloaded boxes of stuff. For the next fifteen years, she and I worked together in that congregation, where she greeted every Sunday at the front door handing out bulletins and did the bookkeeping. She still does both those jobs weekly!

When she retired from her work at Portland Power and Electric, 35 years ago, she took three years to serve as a missionary to Ecuador.  She had taken Spanish before leaving, but when the class got to the past tense, “They lost me,” she says, “and I lost all the present tense as well.” So, she went only speaking English and had a blast. Leola would tell you she is as stubborn as can be, yet would say it with a laugh.

I can vouch for that. She reminded me, “I’d get so mad at you,” she said, “but I love you Pastor and I always will.”

Once, there was a raccoon eating her chickens. So, Leola, then in her 80s, stayed up all night, propped up at the basement outside door, her shotgun across her lap,  looking for him. “I was bound and determined that I was gonna get him,” she told me. But that raccoon got the better of her. “He got them all! All nine of them chickens. I had them in a chicken house and that raccoon broke in. Those raccoons they’re smart! And I get so mad at Gail, she feeds them!” (Gail is her good friend.)

But the joy of Leola, at 97, is her keen memory. If you had been there, here’s what you would have heard.

“I started walking just before turning 9 months old and began to leave and run away immediately.”

“I don’t know. I just didn’t need anything to do with my mama and wanted to be with my dad. So, Mama told my dad, ‘Build me a fence to keep this girl home!’ So, dad built this six-foot fence around the yard and told my mama, not to worry. So, mama was doing her Monday’s wash, not worrying about me. And about 11 O’clock the phone rang and it was her friend saying, “Cora, I see Leola and her dog coming up the road down here one and a half miles from your place.”

“How did you get out,” I interrupted.

“Well, I climbed the fence, and dropped over,” she said.

“Well, the dog just could crawl under,” she laughed.

“You climbed over a six-foot fence,” I said, incredulous.

“Yes, so Mama came and got me and brought me home and asked, ‘Leola, how did you climb over?’ So, I showed her. And I have a picture of me, climbing that fence still.”

“My sister was born 20-months later, and she was an angel. Mama could put her in a chair and say, ‘Now, Lola Dean, you stay there until Mama gets back.’ And Mama could be gone two hours and Lola would still be sitting in that chair. But if that were me, and Mama said, ‘I just need to put my shoes on and we can go, so stay here,’ by the time Mama left the room, I was long gone.”

“It got to the point where Mama said, ‘Roy, I can’t handle her. So dad had to build seats on all the farm equipment and so I had to go with my dad and ride along while he farmed.  Cuz Mama gave up on me. I was about 18 months old when Dad took over. But I loved my dad. Wherever dad went that’s where I wanted to be. So Mama wished that I’d have one just like me, for she said, ‘then you will understand.’ Maybe that’s why I never married. I didn’t want to have one just like me and sure and shooting, I would have.”

“So now I keep praying to the Lord that maybe Mama had forgiven me because maybe I didn’t turn out too bad.”

Sitting with Leola was this rich gift, this joyous opportunity to dip back into the past and visit her life, her joy, her stories, and her love of her dad. I can picture this little 18-month-old riding next to her dad wherever he went and loving every minute. And I cannot imagine an 18-month-old willing to do that. Can you?

All the toddlers I’ve raised and been around while they are being raised would want to be “strapped in for hours.” How did her dad handle that?

And then, I think, yet, she wanted to be with her dad.

In the middle of quarantine, perhaps the thing I hold onto from this friend is that — the desire to be with her dad. Some of you may not like that image of God as a heavenly Father. So, you might need to rethink that as “mom” or for others “parent.” But for me, the language of Abba, Daddy, Poppa, Father God has helped me reform and heal my own dad wounds.

Perhaps, in the times of not being able to do all the other things that I would normally do, I can recall this call to “hang out with the Heavenly Father,” to turn to Jesus more frequently, to “ride-along” during the day with the One who has already done everything for me.

Leola, thank you for being an example of joy in the midst of suffering and of perseverance in this life. And for reminding me, “There’s no place I’d rather be than with my Dad.” That’s a reminder I especially need. 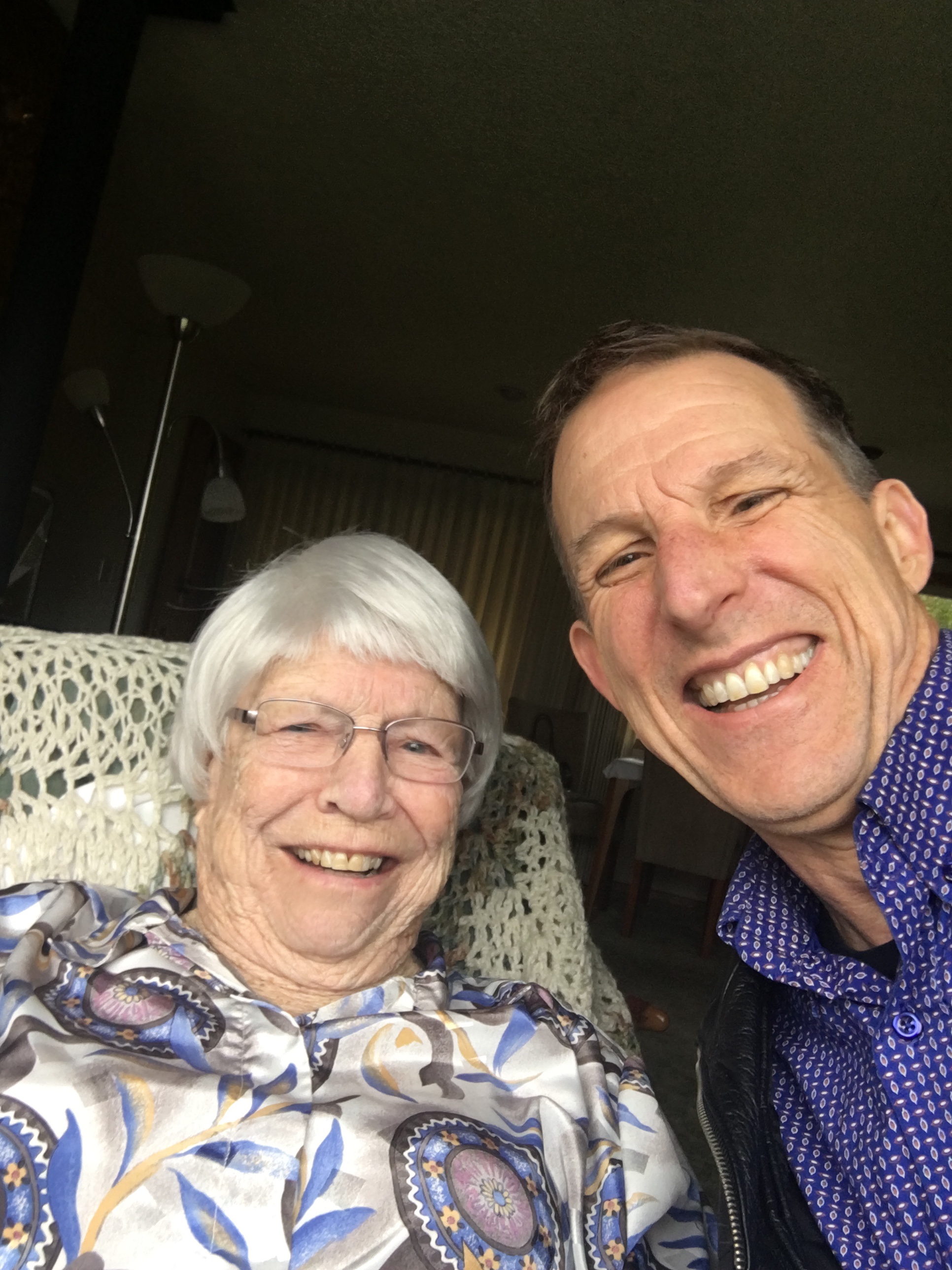