I had just sat down for church in England, October 9th, with my friend David to my left and had been introduced to the elderly man to my right, a guy named Nigel. As soon as we had greeted one another, Nigel said, “Now, where are you from, with that strong accent.”
No, to all you wondering, who know me, I had not been speaking in what my friend Susan Brehmer at Westside Journey UMC calls my “Italian-German-Jewish-chain-smoking southern grandma voice.” 😂
When I said I was from Oregon, that made sense to him. Those from Oregon, as you may know, have such strong accents.
But the thought stuck: “What’s this strong accent? Is it simply the way I speak, or did his comment speak to something more.”
I went to lunch, October 14th, at the “Kitchen Cafe,” a little place attached to the Galway Museum. It is one of those wonderful little places with great local foods, wait-staff who make you feel very welcome, and a brightly lit, joyful environment with a fun sign reading: EAT CAKE! 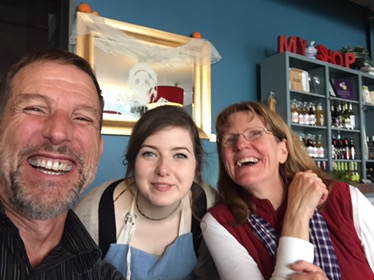 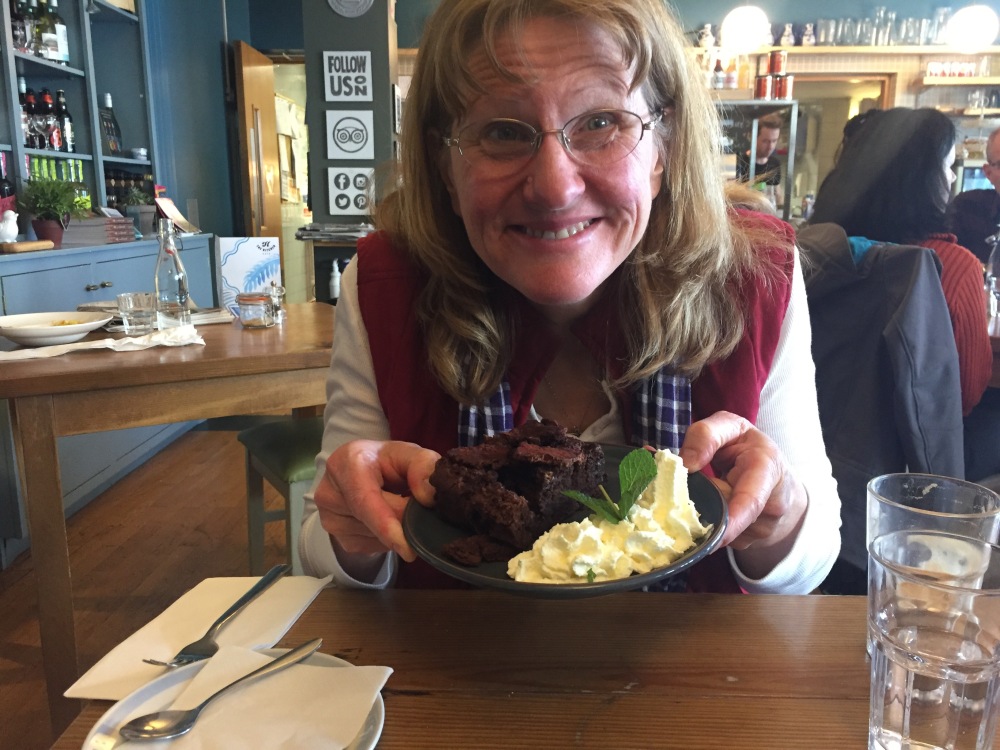 That first visit Megan served me. I was so blessed by the food that day, enjoying this delicious homemade vegetable curry on rice and topped off the meal with this delectable heated melt-in-your-mouth gf chocolate raspberry brownie and cream. I was so thrilled. I couldn’t say enough about it all.
I left after I thanked them all again.

It had been a very enjoyable lunch.
October 21st, a week later, when again in Galway, I wandered over to this little cafe by the museum. I walked in and Megan greeted me like a long-lost friend, saying, “You came back!”
I sat down and experienced this great sense of belonging. Seriously. I wondered what did that and I think it was the way Megan had served me the first time. She had this passion for her job and for people and it showed. She loved messing around with the big letters meant to spell “Eat Cake,” so on that day they spelled “Eeak Cat.” Megan said “I love to see how long it takes for the management to notice.” We laughed together.
As I checked out another server said “You’re Megan’s favorite customer.”
I learned that this may be an easily offered compliment when I took Karen on October 24th and Megan said to her, with joy, “You’re my favorite customer!” 🤔
Nevertheless, as I left after my second visit, I was praying about the interactions when the Lord said,
“I speak loudly through you child. It is less what you say, it is who you are that comes through and creates an opportunity for who I am to be seen. This is essential child. Essential.”
I thought back to the Camino and both Lorenzo and Claudio, from Italy, and Manuel from Spain, celebrating the way I laughed. Lorenzo had said, “You have the greatest laugh in the world.”
And my dear friend Nannette, who told me, “You’ve changed my life. Not by what you do, nor even by what you say, but by who you are.” I was staggered.
“It is who you are that comes though,” the Lord had said.
I think sometimes in life we can be rooting around for identity, for meaning, for purpose, when, all along, it is already present in who we are. It is the God-given, Real Presence of the One we follow, present through all our frail humanity.
One recurring theme in Ireland had been the call to be, and rest in the being. As I prayed about the future I kept coming back to my original call.
It was April 9, 1983, and I was sitting in the back of St Mark’s sanctuary in Santa Barbara during the funeral of Jimmy Gibson, whose sudden death at 73 three days before had rocked my world.
It was through Jimmy, who’d preached around the world for 45 years, that God had spoken that call to me. It had come through two phrases that he’d used.
First was his sermon title from The Maundy Thursday service, March 31, 1983, “The Importance of Last Things,” and then the following night at his and Betty’s home, when he suddenly said as an aside in a conversation on another topic, “Now, Brian, when you go to seminary…”.
His brief sentence then was like a light switched on and off. He said it then switched back to the main topic of the evening, a tour to Europe he and I were to lead the following year, as if he’d not said a thing. The piece that struck me was I’d never even thought of “me and seminary” in the same sentence.
So “The Importance of Last Things,” his sermon title, and “when you go” were stuck in my head, like a neon sign. Five days later, Jimmy died, and, in essence, those were the last words he had spoken to me.
So there I sat at his funeral.
God used that opportunity to speak strongly into my heart “I want you to take up where he left off.” As I listened, then to Jimmy’s pedigree, his years of ministry, I was overwhelmed by the thought, and sitting there, I wept. Like Jeremiah the prophet, I had many reasons why this wouldn’t be a good idea. But it was not about my view of me. It was about God’s call upon me.
While preaching a retreat at St Mark’s in Santa Barbara last fall, (see my blog: https://caminowalk2016.wordpress.com/2015/12/10/st-marks/ describing that experience) there I was in the same place the call had begun and God renewed the call among the people who through prayer and gifts had sustained it.
Then, while here in Ireland, as God was refreshing this central preaching call and underlining the fact that what is “Essential” is who I am, not what I feel I can do, it struck me: I’m in Ireland. 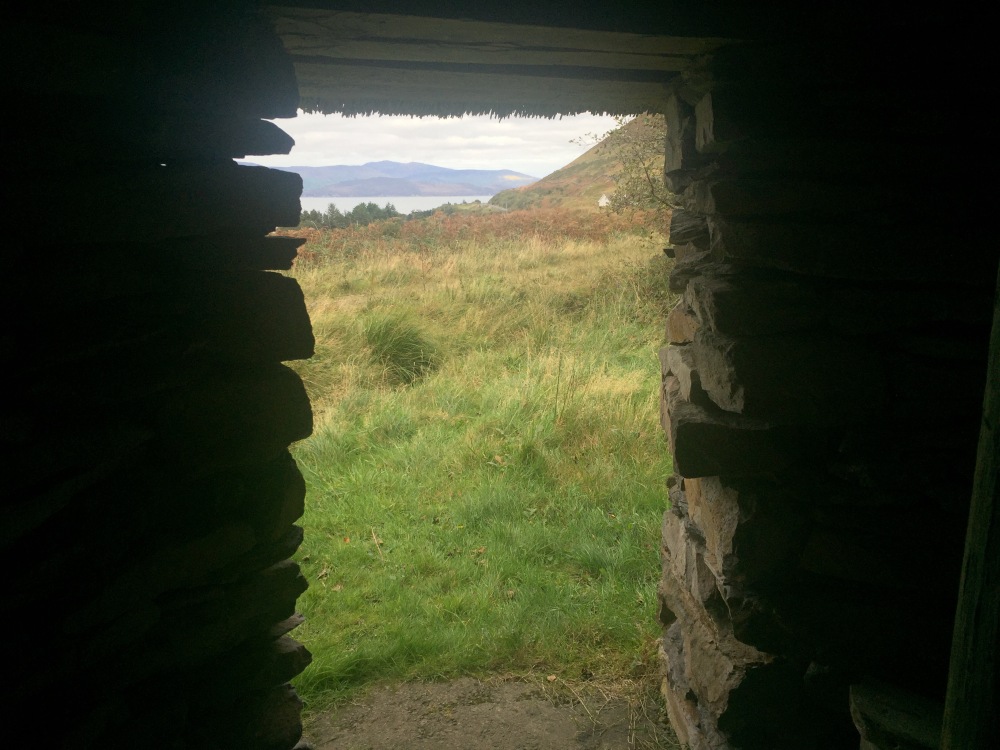 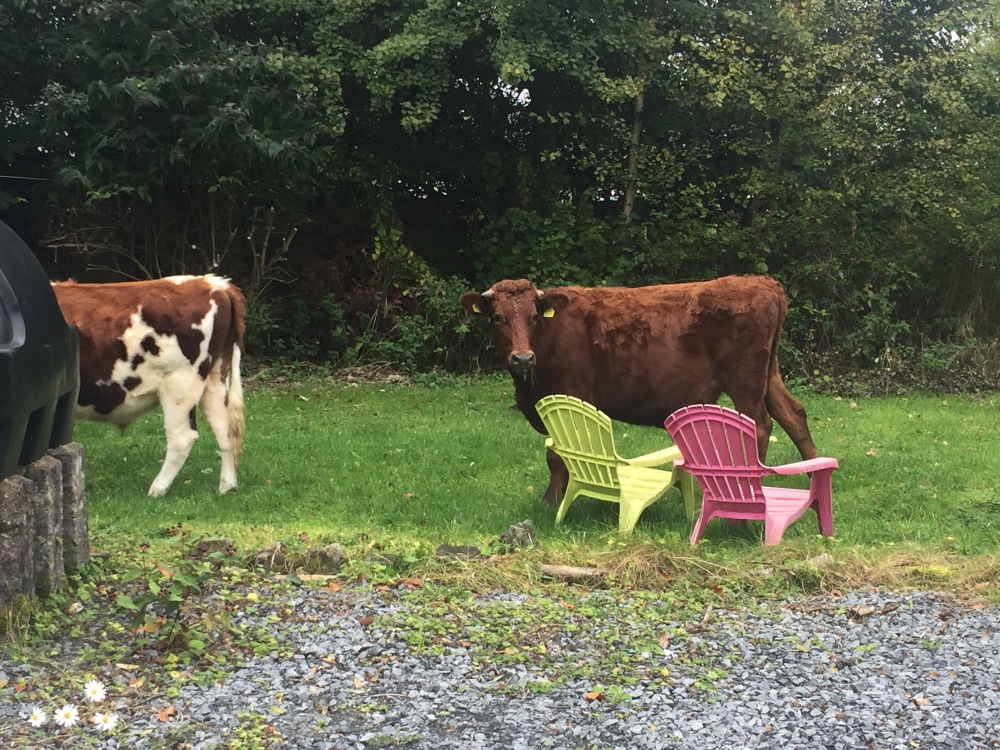 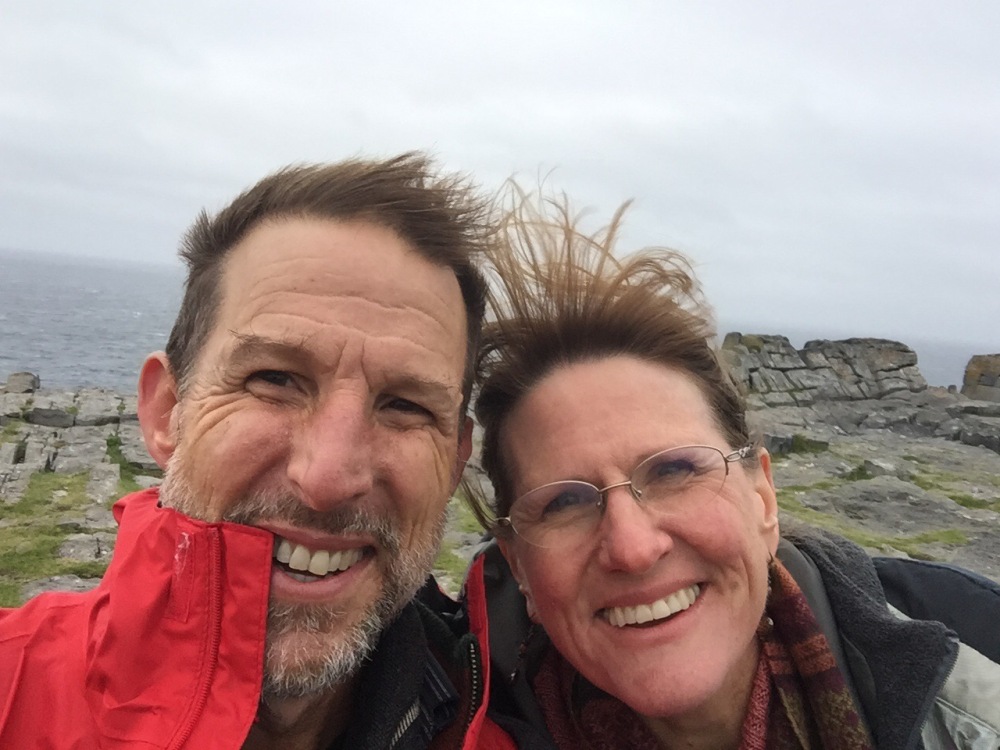 Obvious to you, perhaps, but here was the point. As I was being asked to renew this central aspect of this call of mine, I was doing it in the land of Jimmy Gibson’s birth. Born in Ireland, he was known in the states as “The Beloved Irish Evangelist.”
As I’ve met the people, breathed the air, wandered the hills, experienced the thin places, eaten the food, drunk the beer, worshiped in the churches, painted the colorful landscapes, Ireland has done its work in me.

Carmel, the neighbor next door to the cottage, brought over two pieces of fresh-baked, hot from the oven, apple pie. She brought these to the door two days before Karen and I were to leave the cottage, saying how the apples came from her tree and eggs in the crust from her chickens. It was a kindness that spoke to my heart. God showed up through Carmel placing a blessing not just upon the day but the whole time as my heart has been embraced by the Irish.

God had brought me to this land, renewing my call, my heart, and my strong accent.