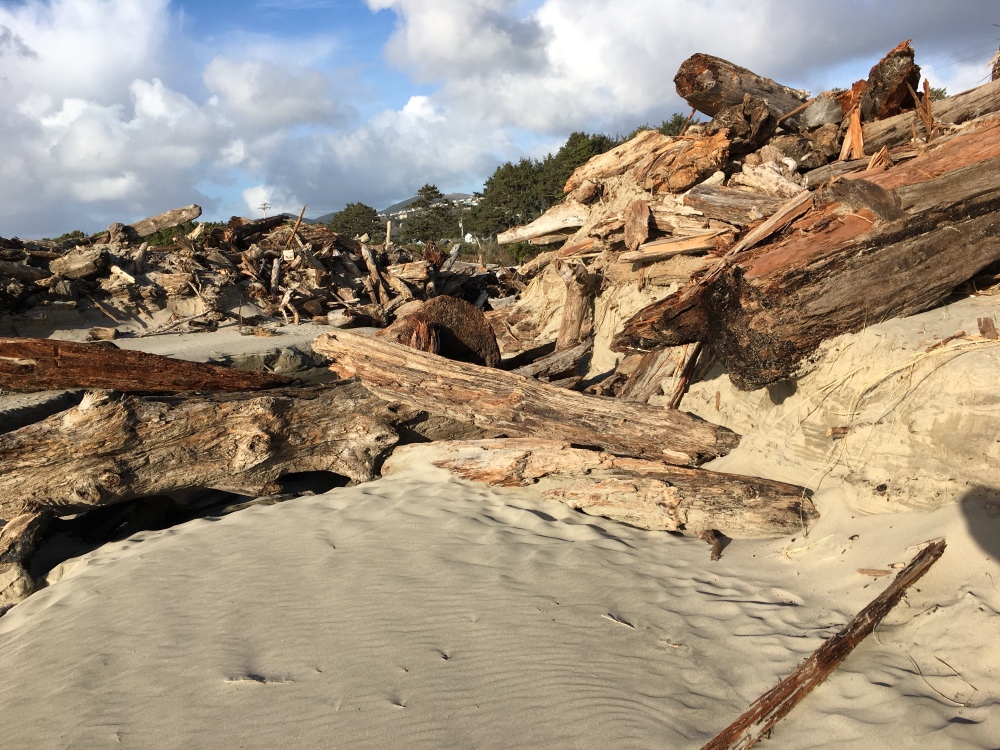 In the middle of a prayer time, January 23rd, the Lord spoke:

“Son, I am FOR you.  I love you.  Sometimes you give in to the doubt of Moses (see Exodus 4) — that you are not good enough, strong enough, not eloquent enough.  All about not measuring up. Yet you measure up to my hopes for you, child.  You measure up and I love you.  It is not about measuring up or being enough — it is about realizing that although you are NOT God, you are Mine and I love you. You and I can do great things together, and we already have.  So it is a process of trust.  Trust.  One step on this Camino. On single step.”

If you read my journal over the first couple months of the year, you’d notice that I am good at receiving and poor and following what I receive from Jesus.  And those months especially were challenging ones.  I was noticing in journals over the past many years that the first two months tend to be darker than the rest, but this year, it was quite a ride, perhaps since I spent the first six weeks preaching about shame.

The beginning of February I wrote: “What battles!  All day I was In and Under them.  The line of attack was familiar. ‘I don’t measure up. I cannot do this any longer.’  I know it is shame, but find even acknowledging it doesn’t make it dissipate.  I’ve tried many times to simply step out from under it and then I’m back under it again.”

That day partly it was impossibilities with people that pushed me over the edge.  You know, those kinds of relational things that feel like dead ends.  I was also overwhelmed with dealing with the new building — that ongoing, never-ending journey of rebuilding!  Who knew that would be such a journey? Our education building burned down May 4, 2015.  The process of the rebuild had been a great journey of brainstorming, dreaming, designing, and achieving. But, in the midst of that, and towards the end of that, it had been a long series of delays, all that ended up with blessings at the end, but that day, it all felt stalled… again.

Another day, at a training event, I had a random conversation with a colleague who immediately began applauding himself, bragging about his accomplishments.  I know where he possibly lands on the Enneagram (see 9types.com for more information) and he seems to model that addiction to intensity known to what might be his type.  But that day, his story about himself became a comparison within my own head to how much I don’t measure up to him!  It was a nail into my worldview of myself.  And the lights went out inside.  It was totally dark.

On a break from the event, I walked away from that encounter and wandered the streets of Portland.  As I walked, I watched as a young teen was walking downhill on the sidewalk toward me, while I walked uphill on the street.  The sidewalk ahead of him incorporated two sets of stairs to accommodate the hillside.  He was busy on his phone but seemed to be looking up occasionally as well, so I thought he was seeing the stairs, but he missed them.  His first misstep took him down two steps, he stumbled, but caught himself on the railing before tumbling, while his phone went crashing to the next steps down.

“Man, are you ok?” I called down from the street level looking across the railing down at him on the staircase below, helpless to do anything but watch.

“Ya,” he responded, looking flustered and slightly embarrassed, “I’m great.  No damage just a surprise.”

“I almost said something to you but thought for certain you had seen the stairs, that is until you began to fall headlong! I am grateful you’re ok!” I responded.

“Thanks!” he smiled, as he traipsed down the stairs.

The Spirit used that incident as a parable to speak to my life.

“When that boy stumbled, you did not think of him as an idiot but only distracted.  You didn’t think lowly of him.  He simply stumbled.  You too can stumble and need not believe you’re therefore a failure. To stumble is ok, son.  You will.  Remember:  ‘though the righteous fall seven times, they rise again,’ (Proverbs 24:16).”

I love it when the Spirit quotes the Word!

At family night dinner toward the start of February, Grace stayed later than usual to talk with me.  Asking me how I was doing, I honestly told her of my ongoing battle with feeling discouraged.  The sense that all is just hard, that I disbelieve what I know is true about me. At worst, believing that I’m just taking up space on the earth.  I shared vulnerably. As I spoke, this 30-year-old, amazing and accomplished woman began to cry and said,

She reminded me of the people by name I have blessed just by being me.  Her tears and her words were like a healing balm to my soul. I began to be uprighted some, believing that I am enough, I have something to offer, I am a child with authority. It was like the lights came on again.  I could see truth over against the lies.  And the line from the book A Horse and His Boy (CS Lewis, Chronicles of Narnia) came to mind,

“…go straight ahead: always straight ahead, over level or steep, over smooth or rough, over dry or wet. I know by my art that you will find King Lune straight ahead. But run, run: always run”(here).

I realized anew that this emotional stuff was a battle and I needed to count it as such and fight.

The next morning I looked up and wrote out all the verses listed under the topic of discouragement in the Bible.  There were 43 passages that mention that word. Taking up a few pages in my journal, writing out one reference after another, I began to see patterns.  One was that discouragement and fear are often joined together. 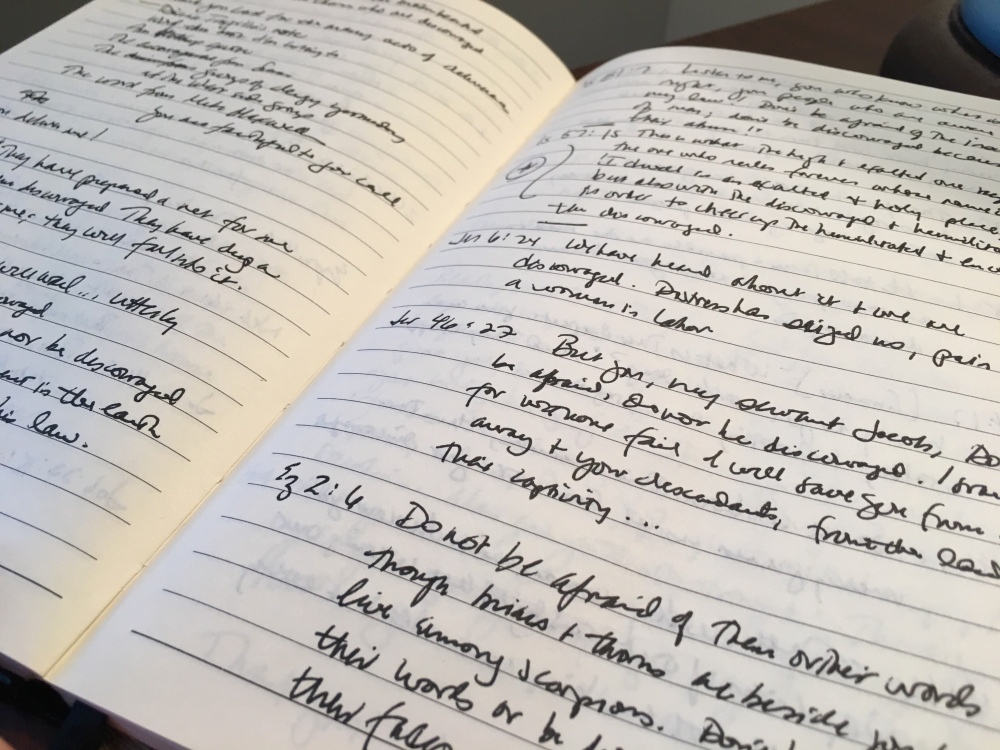 “The Lord will go before you. He will be with you. He will not leave you or forsake you. Do not be afraid or discouraged” (Dt 31:8).

“Have I not commanded you, son, be strong and courageous? Do not be afraid or discouraged for the Lord your God is with you wherever you go” (Joshua 1:9).

This told me something about the darkness — that it was sourced both in the feeling of discouragement but was strengthened by fear.  That the two work together. I also noticed that these are the two emotions we are not told to feel but to push away:  Do Not Fear.  Do not become discouraged.  I had not done that well, I knew.

Writing these out was powerful to my heart that day, but still, I had another month of needing to take daily action to push away that which was not true and embrace what was.  It was a journey which included multiple conversations, times of prayer, encouraging words, and diligence, and times when I just felt discouraged!  Writing this out here I recognize that one action which would be good to take is simple:  to read these passages daily.

I love how God said this:

“This is what the High and Exalted One says; the One who rules forever, whose Name is Holy: ‘I dwell in an exalted and holy place, but also with the discouraged and humiliated in order to cheer up the humiliated and encourage the discouraged'” Isaiah 57:15, (NET). 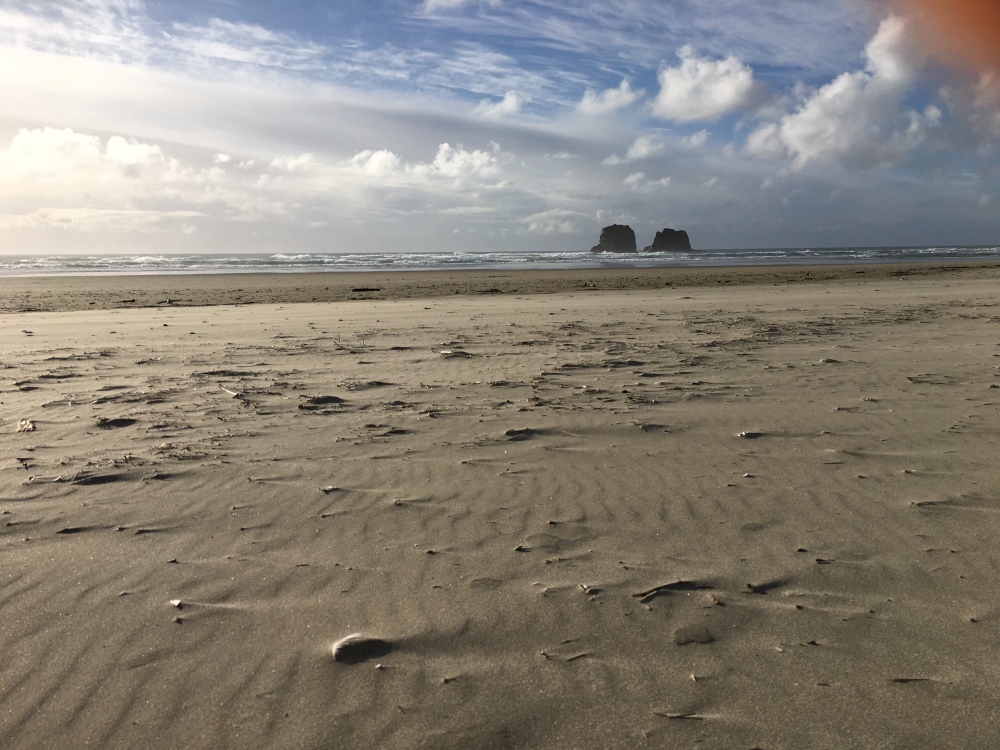 March 14th, a Wednesday, I was really low again. After talking to a couple friends, and realizing that I was not processing life in the best light, I called Twin Rocks Friends Camp, where they have this excellent prayer lookout cabin.  I hoped to find something for that Friday and Saturday.  I reached Leann in their office, who said,

“Friday and Saturday are booked, but I just got off the phone from someone who canceled for tonight and tomorrow night.”

“Put my name down,” I said, “but I cannot come until tomorrow night, that’s Thursday.”

After I hung up, I called Karen for input.  She said,

“Brian, take space for you. It is ok.  Just go. Everyone will understand and applaud that you are taking care of yourself.  Go.  If you delay until Thursday night late, you will lose out on the benefit that would be achieved by having two full nights away.”

I’m married to a wise, encouraging and beautiful woman.

I took the plunge, sent emails and texts canceling my obligations, which everyone received graciously, then went home, gathered food and clothing and left for the beach.  The weather cleared at the coast, incredibly, just as the skies were clearing in my heart.  I walked into the Prayer Lookout and breathed in such a peace.  The time gave me such clarity and peace and joy in my spirit.

That night our youngest grandson went into the hospital and ended up in ICU for 5 days fighting for his life.  Since I was already away, I could fight with him, without distraction for hours.  In addition, I got to walk on the beach, take a hike in the forest, be still and quiet, and listen for hours as well and in that quiet, I encountered the Presence and Goodness and Mercy of the God who knows me, loves me best and calls me by name. 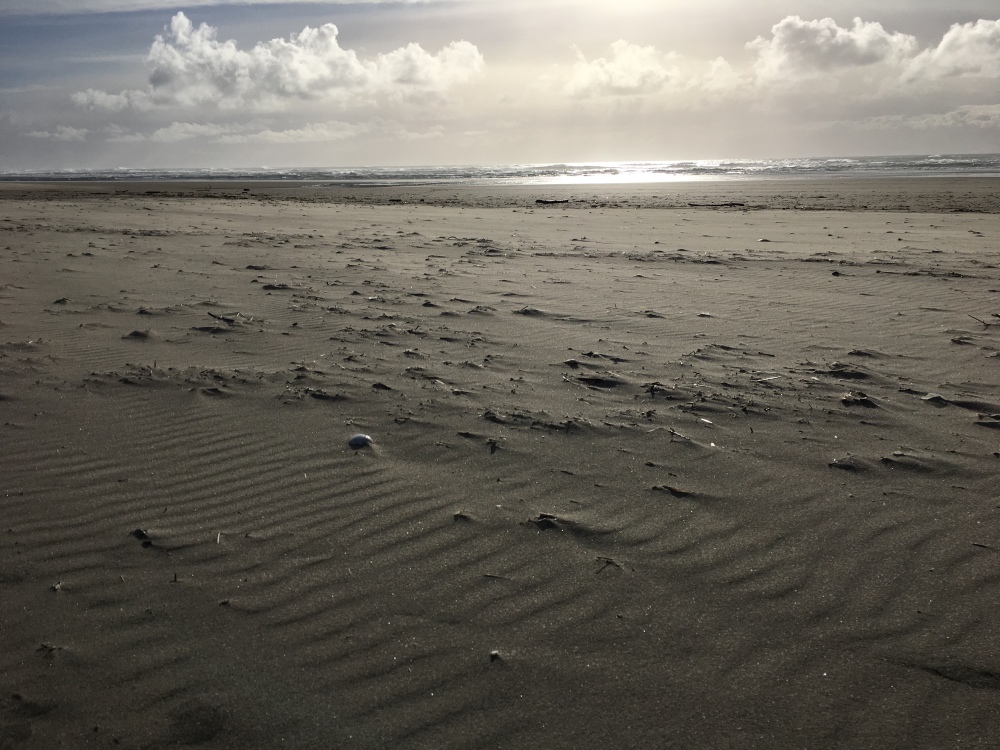 Part of that time was accompanied by the call to take such prayer retreats monthly.  So, I booked my next time while I was there.  It needed to be in May since April was filled to the brim already.  But I will eventually make one retreat monthly.

The continuing message has been to “Stand. Rest. Be.” It is a call to trust, and trust takes surrender.  When I am not surrendered, then I fall into the comparison trap, and step into the slime of discouragement, and find defeat.  When I do surrender, when I “run, run, always run” straight ahead (meaning to fight that battle for truth), fixing my eyes on the purpose and calling I have rather than on those around me, then discouragement has already seen defeat.

A few days after Easter Sunday, on a particularly challenging day, I received a text and an email.  The text came from Debbie, a member of Westside,  and she wrote:

“Your Father’s love for you is infinite.

He is so proud of you and

In the email from Rebecca, a woman in the greater Beaverton church community, she wrote:  “How are you doing?  Why do I feel the odd need to ask you the question of Are you standing tall? or something to do with tall and standing?  Does that mean anything to you?”

Need I write it meant so much to me for standing tall is exactly what I needed to be doing in the fact that I am loved.

Trust.  When I trust, I dwell in hope.  The lights are on.  May the same be true for you. 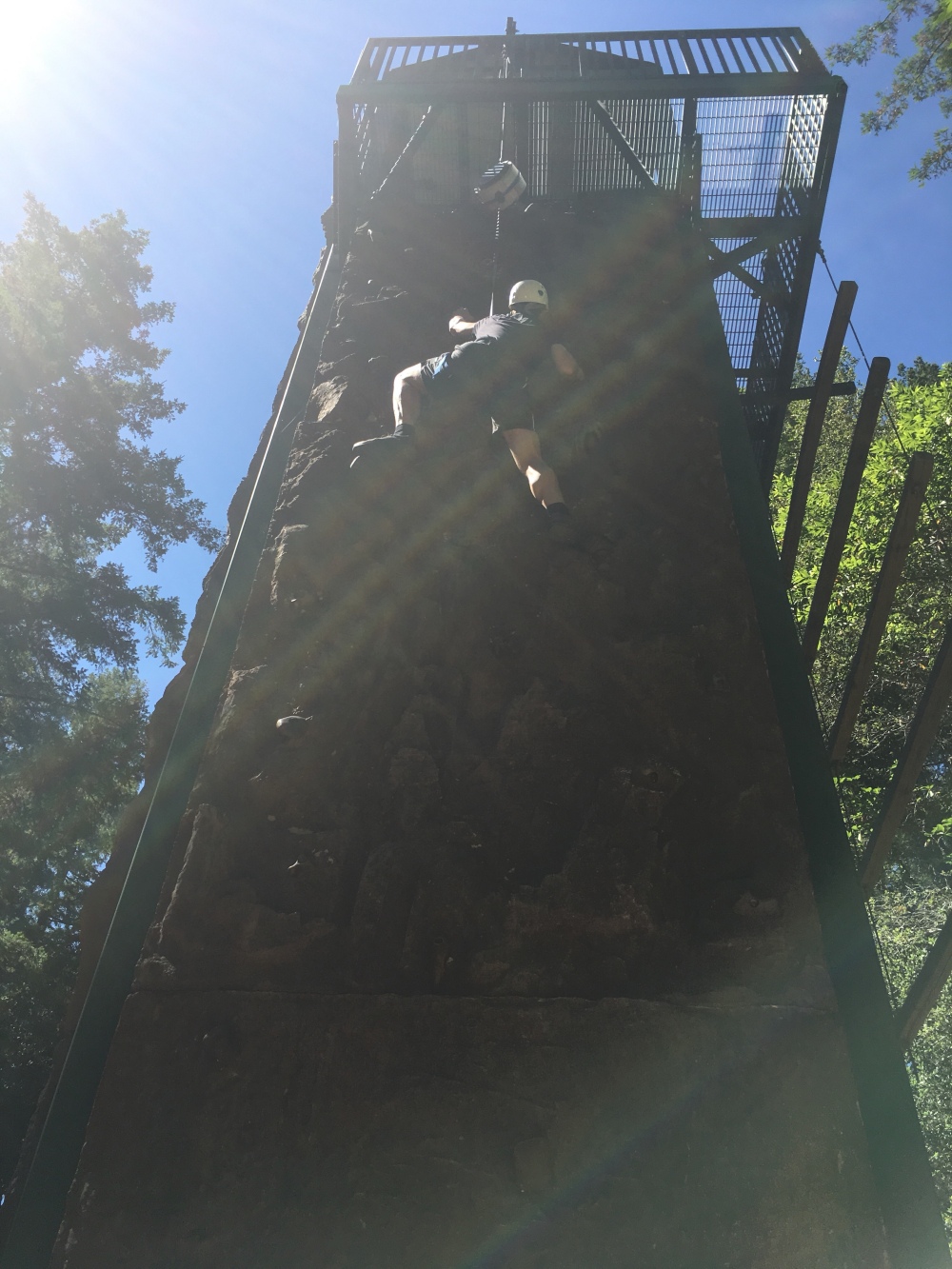