Whatever I had just said, Grace (30) responded, “I don’t like that story you are telling yourself.”  I loved that response.  What a unique way to say, “that ain’t the truth you saying.”  And it wasn’t.

I suppose if there is one area of my life where I need to continue to do the most maturing it is there, in truth-telling to me.  It is believing the way in which Jesus believes in me, that is the growing point.  You’d think after 40 years following Him, I’d have that one wired, but I’m still in process. Like the children’s song says, “God’s still working on me.”

After the conversation with Grace last night, and with how God is encouraging me to live in this day, I know,  God has brought me onto a new path. I remember one morning two weeks ago journaling just how low I felt, and the phone rang and it was our daughter Gabrielle calling in.  We had this magnificent conversation and “love lifted me,” literally, from my pit to the glory of the gift that comes through relationship.

Last weekend I had the privilege of traveling to Nashville as part of the Board of Directors for the International Christian Ashram Movement, with which I have been involved since 1982.  I did not expect the board meaning to be great after all “board” is a homonym with “bored” and I truly thought it would be boring.  As I took the flights there, I sought to clean up my attitude.  I sat at the PDX airport and wrote:   “Show me what is good about Ashram.  Display what you are doing.  Help me to discover what You are accomplishing.”  And returned these prayers fully answered, not only regarding the Ashram but in regards to what God is doing in my heart and life.  What happened there was a renewal like I didn’t know I needed.

I arrived at 9 pm and connected with an old friend from California, Donna Sanders, who like me had just arrived.  Tom Albin met us at the airport and offered to take us to dinner, but I said, “Actually, thank you, but what I need more than food is a bed,” so he relented and took us to our rooms. We were staying at the Scarritt Bennet campus, what was a college of worship and evangelism.  Some of the buildings still have that sense of God’s presence in them from the praying, singing, and praising and preaching that happened within those walls.  The next day, Donna and I met up for breakfast and had this conversation that rang with such joy and depth, I was shaking my head in wonder thinking, “Jesus, what do you have planned?”

After breakfast she took me to meet Dr. Sam Kamaleson at his room, who would be preaching at the three times of worship we held over our days together.

Sam is in his 80s, and Donna wanted me to meet him so that I could come back and escort him to lunch.  We sat with him in his room for a few minutes, and I immediately felt like I was sitting in the presence of Jesus.  Sam is self-effacing, deeply in love with Jesus, and shines with that love.  He drips grace and mercy.  With that meeting, I realized that there is much more in this time than a Board meeting, there were opportunities to connect with people who had been in Christ so many more years than I have, and people from whom I can grow.

At 3 pm that afternoon, before the meeting opened, I got to meet some of the others seated near me and saw there was something special at this time for me.  In the evening we had a worship time after dinner and began with one of the pillars of the Ashram model, the Open Heart.  It is an opportunity to say, “Why have I come? What do I want? What do I need?” They were wrapping the meeting in the fabric of meaning, allowing the Holy Spirit to move into our time and begin to work on our hearts.  What God prompted me to speak about what I wanted and needed, surprised me, for I had not previously said it aloud to anyone except within the family. I sat there, knowing it, but afraid of it, with my stomach flipping inside of me. How was it possible that YOU God showed up at a board meeting.  Forget boring.  The result of bringing that need and desire into the open was such support and huge answers to prayer in those couple days that by the end, I was overflowing with thanksgiving.

God had taken me to Nashville onto the board, in order to get to a place in me. With that start, the birthing of new friendships, the gift of prayer and conversation with some of the great leaders in the church, I returned home refreshed, renewed, challenged and empowered.  This one dear man, Gordon, struggling with Parkinson’s disease, looked at me before we left and said, “Thank you for what you spoke. Beautifully spoken. You have so many gifts. God is using you for great things.”

I realized the “story” I was telling myself about the Ashram was as incomplete and as untrue as some of the stories I “tell” about myself.  I had allowed my opinion to be colored by so many things.  And this opinion Jesus wanted me to clean up.  The experience there underlined the gift of this movement and reminded me of the gift that I am as well.  All in this weekend at a place I had not wanted to go!  Oh, silly me!

All this Jesus used to help me reclaim the light he had made me to be and to walk into that more fully.  May I do so.  And may you do so as well. 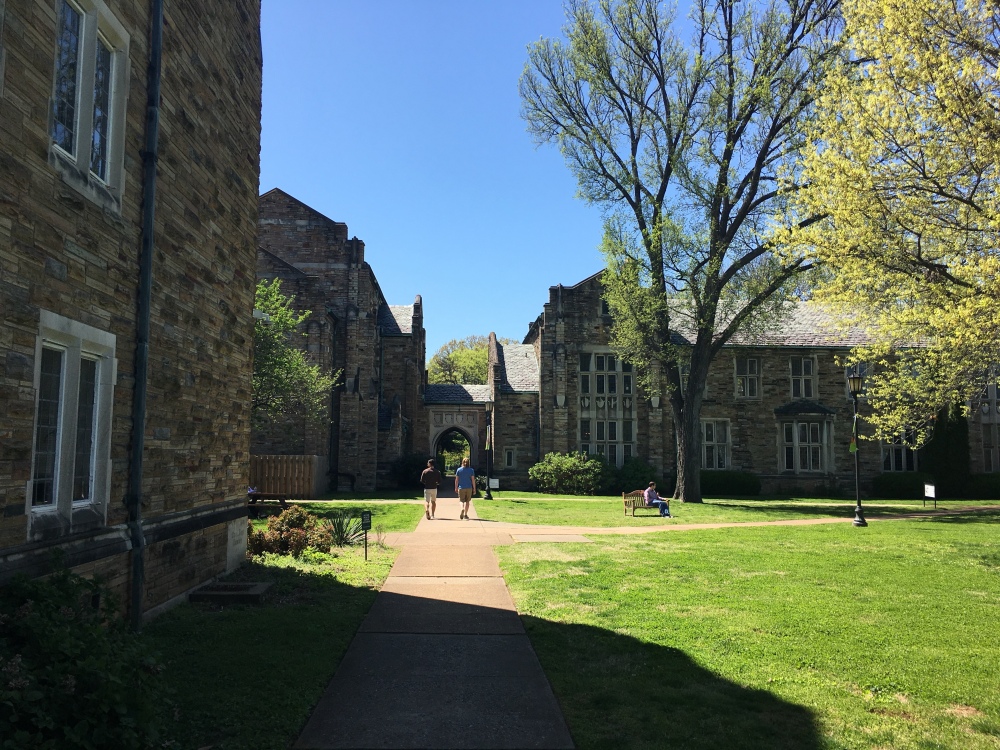