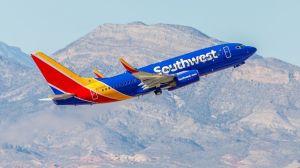 I sat in the middle seat near the front of the plane on a flight from Portland to Ontario in February.  The man next to the window, dressed in a dark suit, with a purple shirt and blue and purple tie had his eyes closed and hands folded in his lap.  He was not asleep, but just resting, and did not look up as I took my seat next to him, nor did he ever open his eyes the whole trip. Whereas the woman on the aisle joyfully welcomed me like she had been looking for someone to come and take that middle seat. She was gracious and welcoming.

I’d guess she was in her 60s with long, grey hair with blue and purple highlights in it matching her purple and blue toenails showing up in her flipflops.  (Also matching the man’s shirt and tie in the window seat, but who was noticing!) 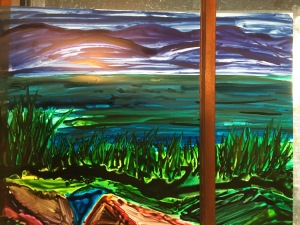 She was wearing lots of jewelry. There were necklaces around her neck, rings on her fingers and toes and bracelets on her wrists.  She looked kind of eccentric, and, exuded joy. We started joking around immediately, as I thanked her for saving me the seat, and she said she had been looking for me.

We began to talk about things in life that we had experienced that day, first in the airport and then the reasons why we were traveling.  She was heading to see her adult daughter and her son-in-law and told me the story of the estrangement she had experienced from her sons and daughter after she and her husband, their dad, had divorced years and years earlier.  Her daughter had forgiven her and restored the relationship. 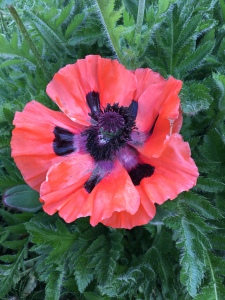 We talked about an article by the CEO of Southwest she was reading on the Southwest flight magazine, and I was reading over her shoulder.  She asked me, in a whisper,  to reach across the man next to me to open the window shade so she could see the clouds.  I did so, a bit sheepishly, but he never opened his eyes.  We began to talk about clouds and the shapes she had seen and photographed in clouds.  She loves to take pictures and has traveled much doing so.  She showed me many of her favorite shots. 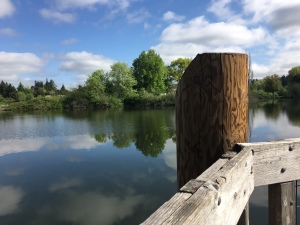 We eventually exchanged names — hers was Robin. We had chatted much, and I felt prompted to tell her a story.  Jesus had been pushing me to trust him and take risks.  So I asked, “Hey, would you mind if I told you a story while we are traveling?”

After giving a brief introduction to who Jesus was, and the fact that illnesses at that time were a signal culturally that God was punishing you for some sin in your life, I began.  I told her the story of the Bent Woman (Luke 13: 10-17). 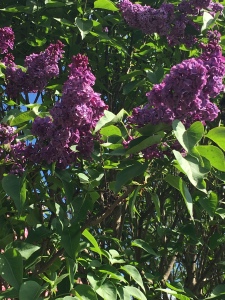 On the sabbath, Jesus was teaching in the synagogue.  A woman was there who had been bent over by a spirit of infirmity for 18 long years.  She could not straighten at all. Seeing her Jesus called her to Him.  “Woman,” He said, “you are loosed from this infirmity!” And then he laid hands on her and immediately she straightened up and glorified God. 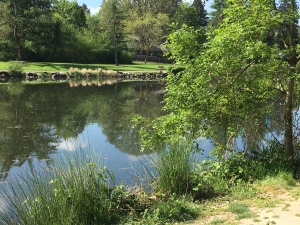 Seeing this the synagogue ruler was indignant that Jesus had healed on the sabbath.  He said to the people, “There are six days for work, come on one of those to be healed, not on the sabbath.”  To this The Lord responded, “You hypocrite! Does not each of you on the sabbath untie his ox or donkey and lead it to water? Should not then this woman, a daughter of Abraham, whom Satan has kept bound these 18 long years, be set free on the sabbath?” Having said this his adversaries were humiliated but the people praised God for all the wonderful things He had done.

Then as is my practice, I said, “I am going to now retell it, and ask you to help me fill in the  story when I pause, ask a question or say something ridiculous.”  She totally played along with that, and totally “got” the story.  Then I began by asking, “What might it have felt like to be this woman, perhaps rejected by society for her condition yet showing up for a public event, like the sermon in the synagogue?” 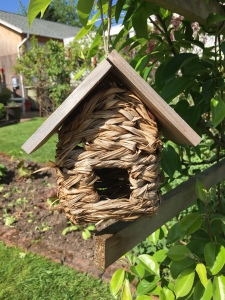 And her response was this: “It really depends how this woman approaches her situation because she could be bitter and angry.  Yet, here she was coming to the synagogue, so she still had some relationship with God, and when Jesus then talked to her and called her, she came forward and didn’t go away.  So she was a woman of hope and of purpose.”  All this was from the first question.  We were off!  We had this amazing conversation prompted by this passage.

She totally connected to this woman because of her own situation.  I had not noticed when I had sat down that she had a cane, folded up and stuck in the seat back in front of her.  It was as decorative as she was.  She uses that cane because, as she said, “I committed stupid.” 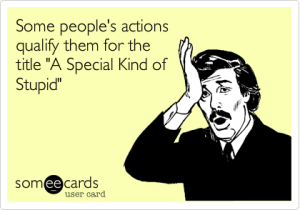 “Stupid” was committed 10 years previous when she tried to move her refrigerator-freezer by herself, rupturing two discs in her back, then suffered nerve damage in a botched surgery, so she suffers chronic pain in both legs. 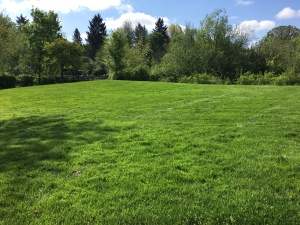 Her doctor said she would never walk again, but she refused this prognosis. I totally loved her spirit, her spunk, her strength.  She volunteers with a nonprofit for which she brings a written statement from her doctor.  When asked by the doctor what he ought to write, for there are many things she ought not to do, she simply said, just write, “She is not allowed to commit stupid.”  So, she has turned this injury and chronic pain into a joke which is even official now.

This totally incredible conversation birthed from the woman’s story in Scripture.  It focused on how we choose to approach the things in our lives that are difficult and how Jesus is real.

I sat there amazed at how handicapped I can become inside without any handicapping condition such as hers.  Just ten days before this conversation about committing stupid, on the 36th anniversary of my dad’s death at age 59, I had journaled what I titled that day “the Abyss called stupid.”  Below the title was a list of the various shame messages reigning that day which sought to cripple me.  No cane, no chronic back or leg pain, but I too spent time “committing stupid” by embracing those lies.  No one is immune.

Then she began to tell how she had celebrated her recent birthday.  It was the celebration of her passing the age at which her mom had died many years previously, and it felt odd since she was passing that age.  She had a birthday and celebrated that with a year of celebrations. 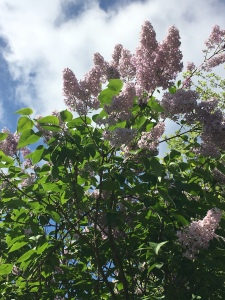 I sat there astounded at what she was saying. I had been thinking lots about my own dad and the fact that he had died 10 months after his 59th birthday. Prior to the celebration of my 59th,  (March 22nd), as I have mentioned in other posts, it had been challenging for me.  It felt ominous on the one hand since I was the same age, and on the other hand strange, for 59 suddenly felt young, not old. This had been a heaviness for me.

Her words were such an encouragement to me as she said, “I really decided that I was thankful to God that I got to live longer and got to celebrate this life.”  So she made and bottled her own wine, and did other events to celebrate.  This gave me a vision for celebrating my 60th year with events that help me express the same level of thanksgiving.  It gave me the desire to live long and well.

We did eventually exchange names, hers was Robin, but I never had an opportunity to tell her anything about myself.  I did see many of the great pictures she had taken using a glass ball before the lens. She had some she had taken at 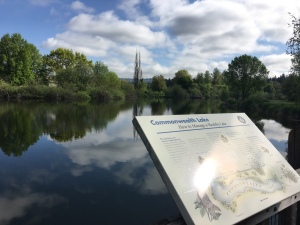 Commonwealth Lake Park, just a few blocks from the church where I pastor, and I really believe that we will meet there sometime again.

Until then I plan to join her in not committing stupid. How about you? 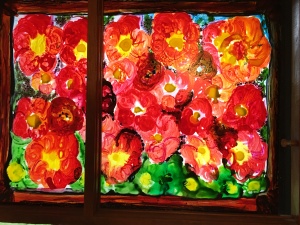 This song is a great reminder for me…