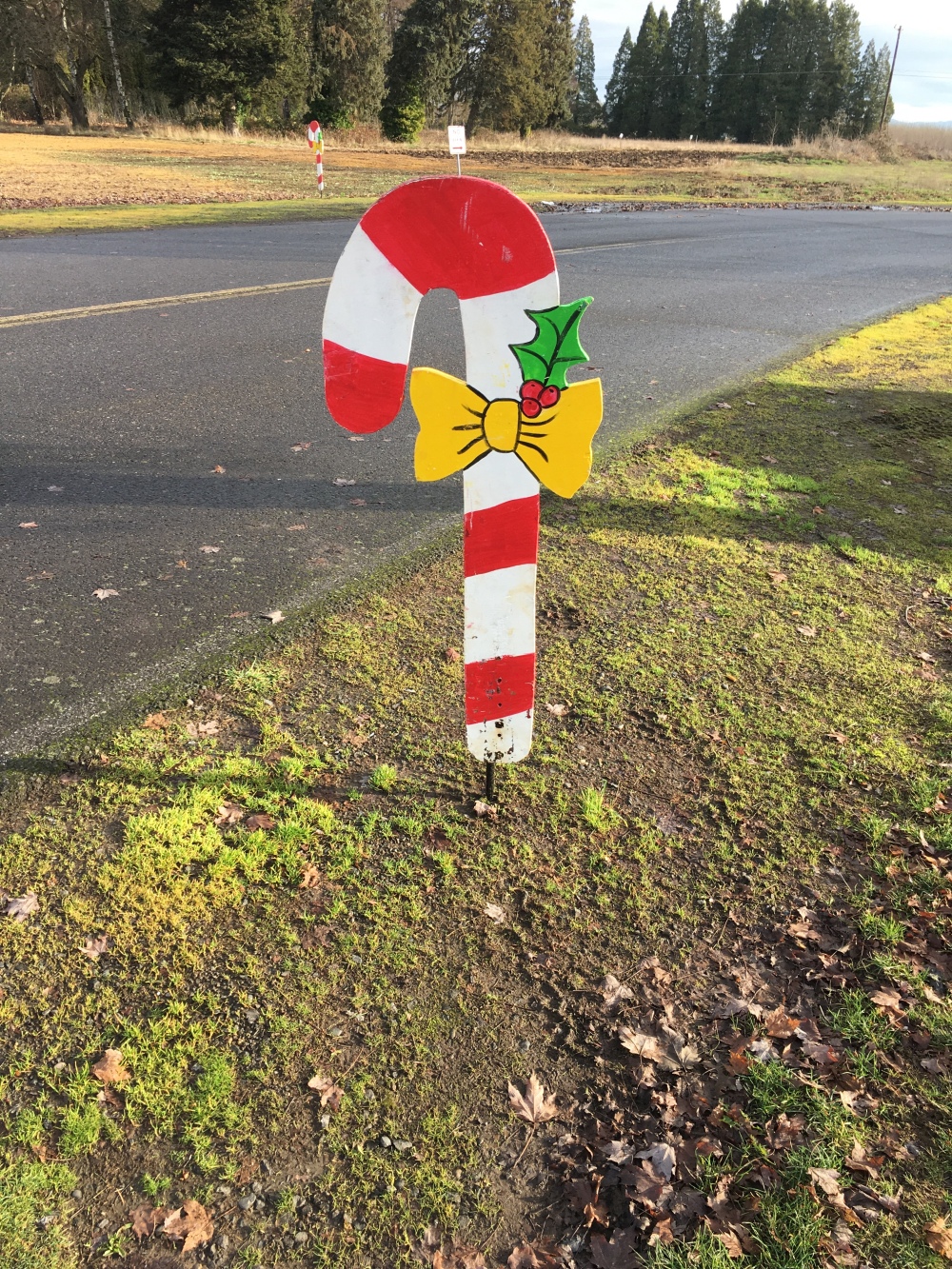 I was just arriving home. I had walked up our street dragging my suitcase behind me as I had just taken MAX from the airport into Beaverton and walked the three miles from there.  That’s when our neighbor saw me.  He shouted out joyfully and waved:

Don, this neighbor, is unique in my world.  A self-avowed atheist, politically super-liberal, 70, bleached, cropped hair, opinionated, unusual morals, and basically, anti-Christian.  Over the years that we have been across from each other, he has grown to like me, a lot.  He even invited me golfing — something no one with wisdom does.  He’d not want to experience golfing with me, for I don’t golf well, at all. Perhaps I could go and caddy sometime? But I viewed his invitation as high praise.

When we first moved in 9 years ago, he told my neighbor who is next door to us that he didn’t want to meet me because I was clergy.  He calls her “that nice church-going lady.”

But not meeting me didn’t last long.  I went over to meet him. I would holler out greetings across the street.  I would joke with him about his hair, his shirts, and his household.

He invited us to his July 4th party and neighborhood Vollyball tournament in his back yard.  I went for a few years until I had injured myself elsewhere and couldn’t play.  When I need to borrow something, I often go to him.

He discovered I’m a regular guy.

He’s full of advice, which he freely offers.  And I am full of Jesus.

When he and his partner when to Africa, a few years back, he wanted to show me their souvenirs and tell me about the trip.  When he realized he had outgrown some of his more than 300 Original Hawaiian shirts, he gave me 16 of them.  This guy has a generous heart.  He told me once when he finds things that he doesn’t need, he never sells them, but just gives them away.  “I figure someone else needs them more than I do.”

I’ve sought to simply love him, and show him Jesus, and as I can, I sprinkle Jesus into our conversations.

He is always looking for how my wife, also clergy, and I could compete with one another. One time he wanted us to begin a “Bible Wars” reality TV show. When he said that, I’m thinking “There is enough about people claiming to be followers of Jesus fighting in real life already. We don’t need a reality TV show.”

“Seriously, Don,” I told him, “We are really not into fighting!”

And so this day, when I was pulling my suitcase up the street, he said, “So, who’s the better minister?”

“Well, if so, she wasn’t here to hear me.” I laughed in response.

Then he shared something he’d seen recently that was racist.  It reminded me of a movie I had seen.

“In that context,” I asked him, “Have you seen Black K Klansman?”

“Yes,” I said, “I saw it last week. It left me sobbing in the back of the theater, grieved for how we dehumanize one another still in this nation.”

That movie is one of the best made recently that captures the dire straits we are in as a nation.  I was literally sobbing by the end, especially as it flashed forward to modern scenes, actual news footage, that showed nothing much has changed in attitude or behavior or belief.  I restrained myself from reaching out to the stranger next to me just to have a hand to hold!🙈

We still live in a culture of privilege, and the problem with privilege is that we cannot even see it. It’s like a fish noticing water.  It is ubiquitous to us who are white, and to me, who is also male.  This movie cut through that.

Don was caught by a memory.

“Ever been to Coos Bay?” he asked, surprisingly, in response.

“I grew up there,” he continued. “There used to be this lumber mill right as you entered the town.  I worked there after I graduated from High School in 1966.”

“One day, in 1968, I walked in and everyone was laughing and standing around, cheering, and clapping and so I asked what was going on.

One of them said, ‘Someone finally got that black nigger Martin Luther King.’ It was the day he’d been shot and killed.”

The lights went on inside of me as a knife cut into my gut with the story.

Suddenly I understood this dear man — why he is so caustic toward those who claim Jesus, first, and toward conservatives of any stripe second.  I don’t really fall into that second category.

And why he believes that “all of them” (whoever that is) are made up of one type– those of his story, “the handclapping, racist, privileged, rednecks” as he might describe them with more colorful language.

Suddenly I saw the hurts Don had endured.  The kinds of things he had witnessed which had made him into the man he is today and it changed my prayers for him.  Still, certainly, that he would encounter Jesus.  But more than that, that I could learn more from him about how those who might claim the One I claim to follow come across. How does he see “us”?

Something else struck me with the story — my surprise that he ever talked to me at all. If that was what he thought I stood for, then, it was remarkable what Jesus had done in our relationship.

In response to that story, I said:

“The saddest thing is that such attitudes are yet so prevalent.” I added, “That’s not Jesus, you know.”

He continued, not quite hearing me, “That was what it was like there.  It was soon after that I met Margaret, and we got out of there.”

The thing that is interesting alongside this conversation, his distaste for anything that smacks of Christian faith, is this fact: This guy loves people, loves children, and wants them to have joy.  He really goes all out with decoration at Halloween and even more so for Christmas.

This guy who would not nod his head to Jesus, goes all out for the celebration that surrounds His birth.  And Margaret — her favorite movie is It’s A Wonderful Life.  A movie all about the value of a life lived to love and touch other people.  She loaned me it to watch another Christmas for we don’t have a copy.

So, even though they have not yet encountered Jesus, He’s got them in sight and loves them immensely and even now uses them to love others.

It also reminded me that we never know what someone has experienced.

We don’t know what is behind the language used, the views clung to, the clothing worn, or the homeless attire.

We don’t know what has happened in the experiences of life that have set the direction of someone’s life on the road they are walking.

It is easy to be judgmental of people.  It is simple to paint “us” versus “them” scenarios falsely.  As Brené Brown writes in Braving the Wilderness it is easy to paint those scenarios of “blocks” of people we do not know, but then make one exception for the person we do know.  But she rightly asks, what if we rather said that those “others” are defined not by the people we do not know?  What if we defined “them”  by the people we actually have a relationship with? What if we defined the “them” as the ones close at hand, the ones we love, the ones who would drop anything to help us, walk with us, be present to us?  What a shift that would make for us with those around us.

At this point, I think I fall into the “exception” category for my dear brother across the street.  But perhaps, over the next years, I’m praying that Don might see that Jesus really is behind the person I am.  That somehow, in some way, the prayers I’ve been praying for him day by day for nearly a decade and for others around us, would be answered and light would dawn in new ways.

This Christmas — may light dawn through your life as the Light came into the world for us all.