In the Ontario International Airport in California they have podiums at which to plug in and charge devices while sitting on stools or standing next to the podium.

I had plugged in my computer, plugged my phone into the computer and began a personal hotspot and gone to work. I had been hammering away at projects for two plus hours hardly looking up when Betty took the seat beside me.

She was elegant. Colored bleached smartly cut short hair, beautifully done, rings on many fingers, good nail polish, make up, stylish outfit. She had coral-colored glasses and a large red leather purse, which she leveraged down in front of her stool and her second large green paper handled sack next to it with what looked like a gift in it.

She clambered onto the stool and deposited two small boxes 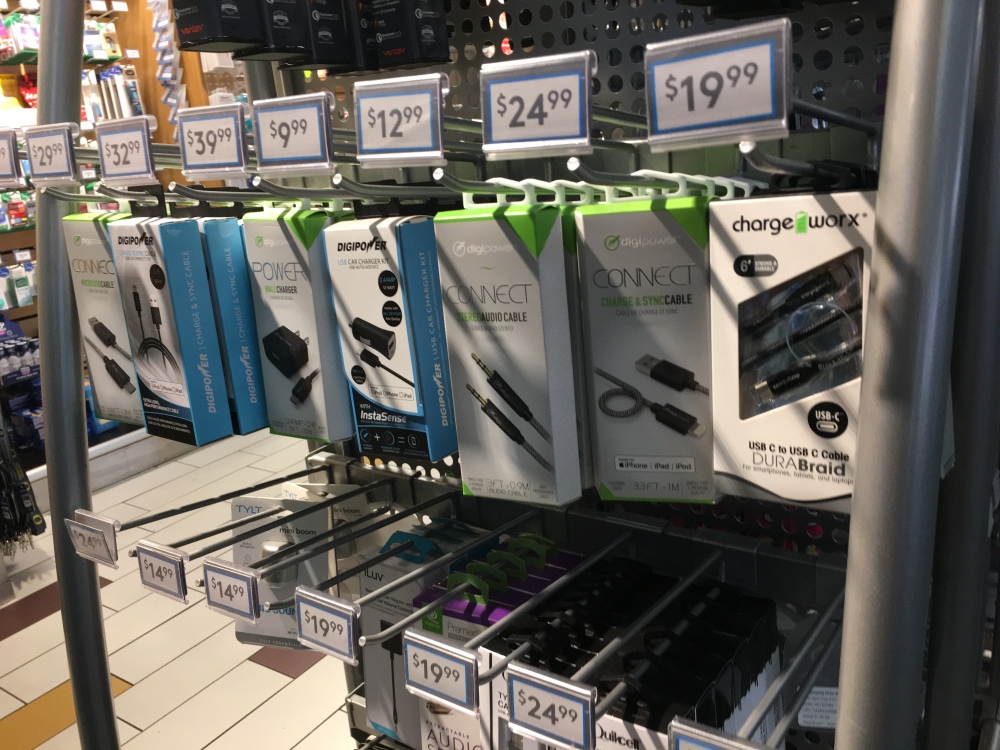 onto the counter from the electronics tech store. As she did this I realized that I was kind of flowing over into her space and had plugged my computer into what technically was her outlet. Seeing this I said —

“Well it’s time to move over,” she quipped.

I pulled out my ear plugs. She was wrestling with her boxes.

“Do you think I have time to get this phone charged some before my departure? You going to Las Vegas?” She asked, jamming her pink finger nails under the tape at the end of the box.

“No Portland,” I responded to her second question, then added: “Yes for certain. You could get some juice in there before you board.”

She wrestled more with the boxes. “I know I paid triple what I could have spent on amazon!” She said, still working on opening the first box.

“These packaging things! Those Chinese think of all the most difficult stuff.”

“Well it is hard to get into them for certain. Perhaps it thwarts shoplifting. But I’m imagining having to explain why this woman began screaming and shouting while trying to open a package next to me.”

She paused, looked up, sighed and laughed.

Finally she got the first box opened. Pulled out the plug and plugged it into the outlet then diligently worked and finally opened the second box, pulling out a pink cord to charge her phone in its pink and gold case.

She had to remove part of the case to make the connection and got it charging.

It was as if she’d conquered Everest with the amount of effort it took!

“Can you help me take it off power mode?” She asked me.

I directed her to settings and she managed to get that switched off.

“No, Reno. Southwest doesn’t have a nonstop flight so I have to travel through Phoenix, Las Vegas or somewhere else to get there. I could take JetBlue from Long Beach airport — that’s a nonstop. But then I would have to make my way from Riverside all the way out there. And that’s a trek.”

“What is that drive about 2 hours for you?”

“Where are you headed?” She returned.

What’s the most obvious question to ask while traveling?

“Oh,” she began, interested, “Do they still have all the homeless around? Is it a Sanctuary City? I visited there a couple of years back. I have a friend there. I really liked the place.”

“Yes we do have the homeless around,” I answered. “They are many places. I think we might be a sanctuary city but that’s more to do with immigration.”

There are many hurting people.

“That’s like San Francisco. It’s nothing like it used to be to visit. They’ve ruined it, I say.”

It seems that there’s a curious group ‘They’ who are often at fault in people’s worldview. How seldom do I hear someone own the problem. These are my neighbors, after all.

“Really?” I said. “I haven’t been to San Francisco for years. At my church we work to help folk and have a good relationship with many of those who are or have been homeless in our communities helping them transition from houseless to having homes.”

She wasn’t listening, but said, “They just are drug addicted. They are messes and want to stay there.”

“Some might, but we work with many who desire to get into affordable housing.” I countered.

“Yes, too many extra people. And all those people,” she almost spit that word “people,” as if it was not quite accurate, “coming over from Tiajuana and Yuma! Just come in and get on welfare!” She was disgusted.

I didn’t know what to say. Such anger. And I understand anger. There is an infrastructure issue in immigration and sometimes with homelessness. But still we are talking about people — real, unique, hurting, albeit needy people. 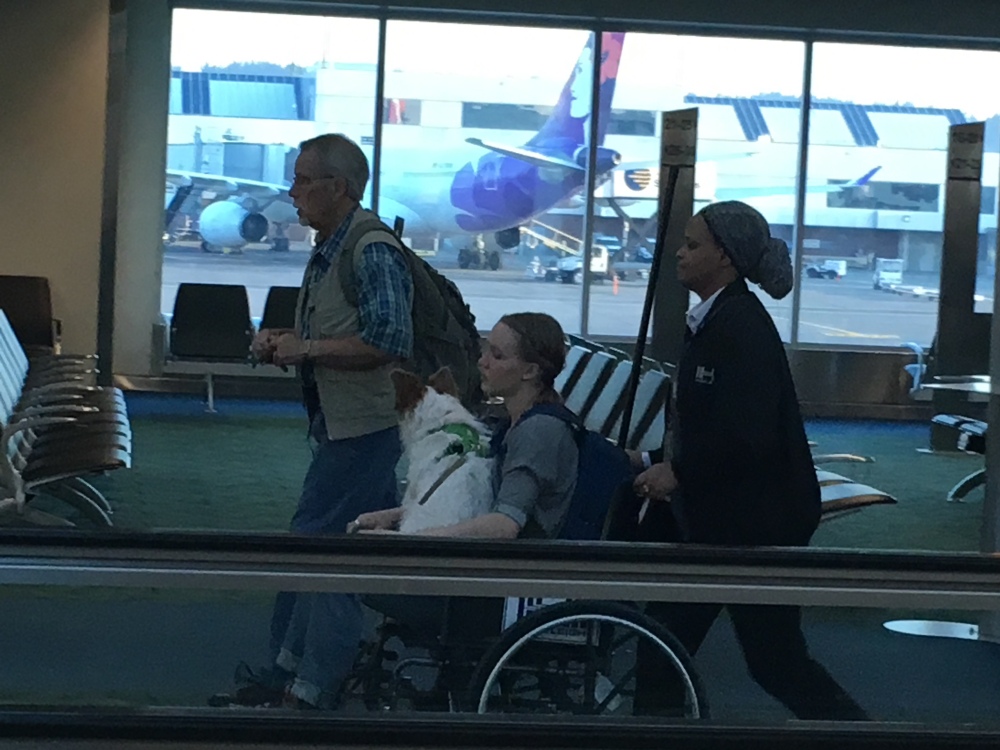 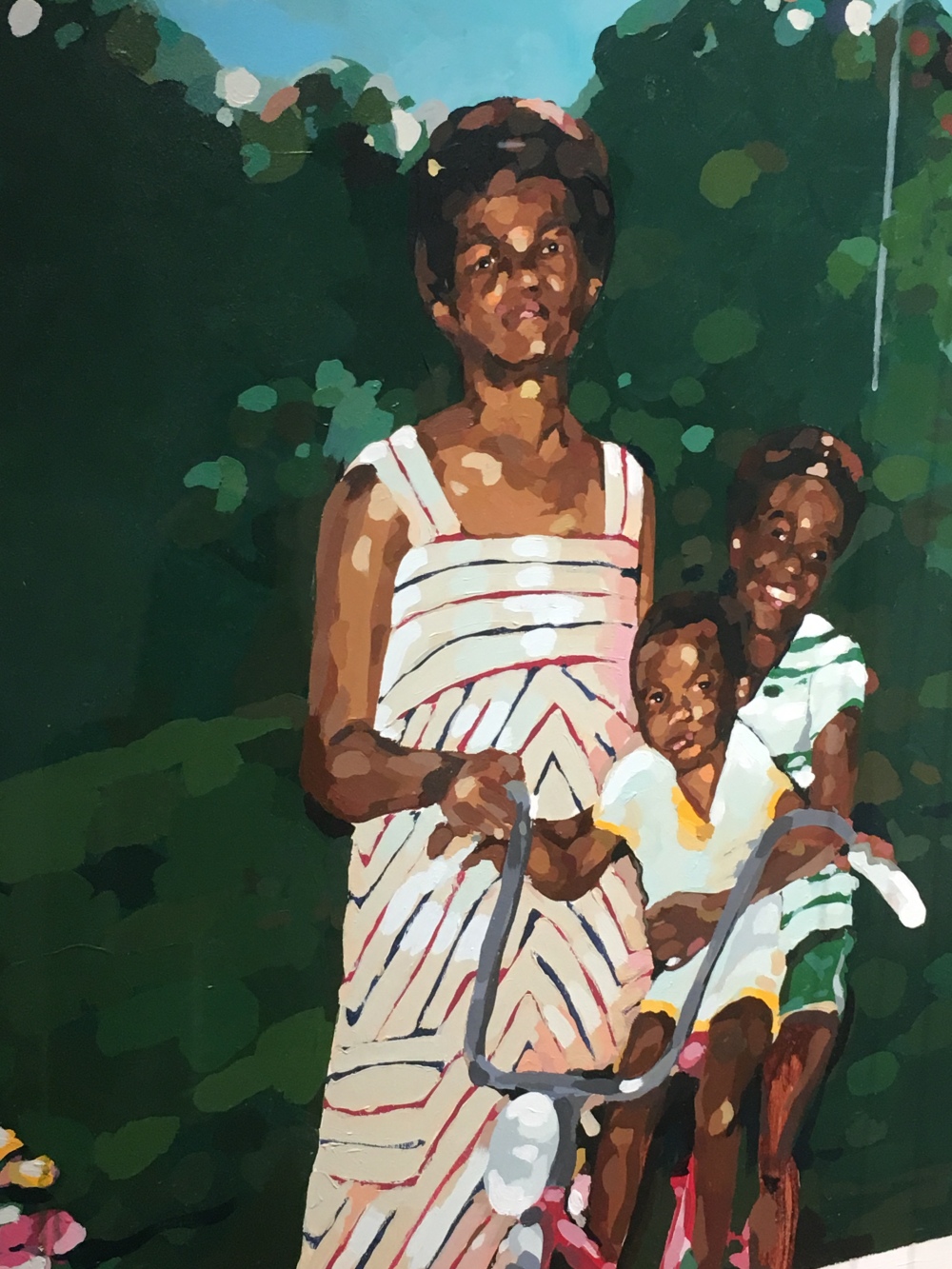 with families and dreams. But often in such discussions this reality is bypassed and people are lessened.

There’s that dangerous line we can cross whenever we begin to dehumanize anyone, Brené Brown writes eloquently on that in her great book “Braving the Wilderness.”. Jesus had lots to say as well.

“Well we do have tough issues there.” I offered.

“Are you a Christian?” She asked.

“Yes” I said, unsure where this was heading, “I’m a follower of Jesus.”

“Well, I’m a half-hearted girl,” she said, with an embarrassed chuckle, “with all kinds of things. I was a half-hearted Catholic. And raised my son intermittently in the church. But then he went and got born again,” the same tone in her voice as when she had spat out the word ‘people’ previously, “and he’s always shoving Bible verses at me and I feel like I’ve lost my son.” Her voice caught slightly in her throat at this thought. “And I just don’t want to relate to the Bible thumper. I miss him.”

Ah. Now I saw it. Pain. Usually where there is hate, racism, anger, “us vs them” attitudes, there is also deep pain. And such pain is everywhere. 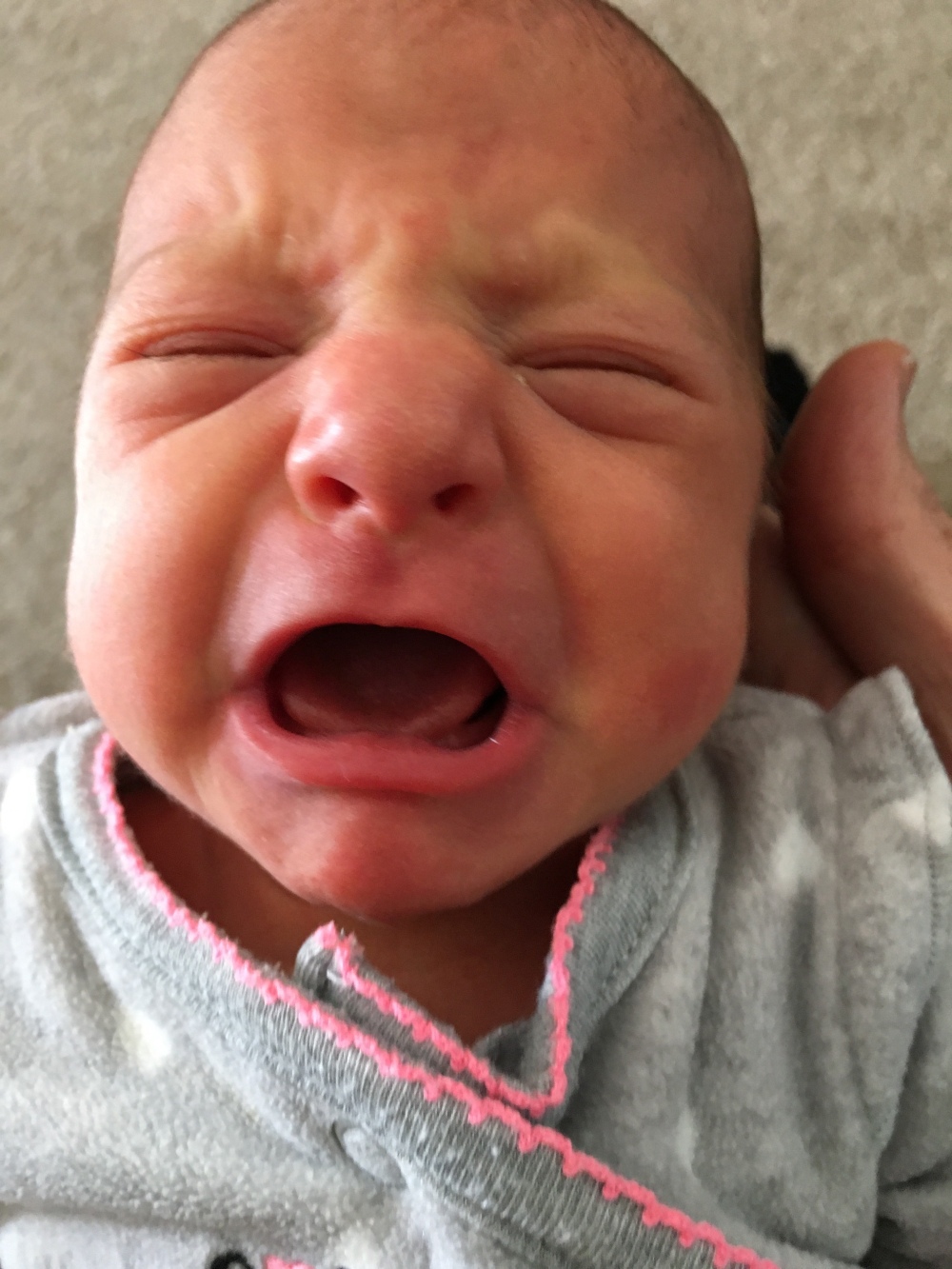 I leaned in as she continued. She was on a roll and needed to share her pain.

“And then his wife became a Jehovah’s Witness!” The words said volumes. Disbelief. Anger. Hurt.

“How on earth is that going to work?” I asked, thinking of the Bible-thumping son.

I’m thinking how interesting and ironic that she doesn’t seem to have much connection with Jesus herself, saying she’s a half-hearted Catholic, so between her and the daughter-in-law I was not certain who had less of a faith. Yet here was her question.

“Yes,” I answer the question, “they view Jesus as less than God, speaking him as ‘a god.’ So we would differ there.”

She continued, “And she was in the hospital and needed a blood transfusion and had she had it,” she let out a huge sigh, “would have been out of the hospital in a few days. But she refused the transfusion so they had to keep her in longer and then it has been over a month of weakness while her body rebuilds the blood.”

She sounded incensed. I knew there was more, so waited.

“And she’s always criticizing my son. She always says he’s wrong and tells me and I just cannot do this. I am going to stay in their house and have to hear her complaints all the time.”

At this point I was marveling at this random appointment. “Jesus, how do you arrange these meetings?” I mean, seriously, I was working in this airport a thousand miles from home, and have this encounter with this stranger now speaking with me as if I was her friend.

How many people are carrying this much pain all around us daily, Lord?

How many need someone to speak with but don’t find them, and they make headlines because of really bad choices… There have been 307 mass shootings in the US as of the 315th day of this year. Nearly one really bad decision, rooted in deep pain, per day.

She didn’t hear me, saying,

I’m unclear on how old this woman is. I could imagine we are nearly the same age so perhaps this son is in his 30s?

“Oh my goodness.” I said, since she and he had aged 20 years, “He’s a full-fledged adult. I had pegged you in your fifties!”

This was not what she expected.

“You can be there to love. 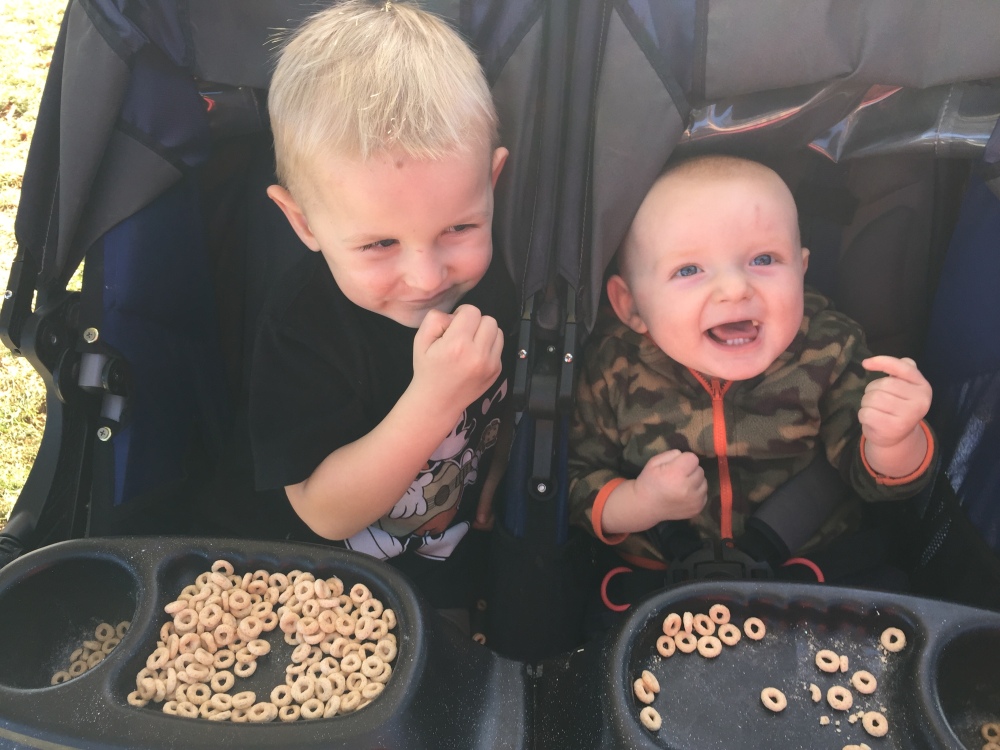 She looked at me with a deep, hopeful look. It was like my words had plugged her into a power source. Just like her phone, she was being recharged.

“Then your son,” I continued, “just be there for him. He is most likely in a tough situation and it’s perhaps hard for him as well. Could you just be there and listen to him. Be curious about him?”

“I think I could. But what with her? She comes at me. And I think I’ll need duct tape on my mouth to not come at her.”

“Well that’s an option. But boundaries are good things. You can say ‘I cannot have you speak to me in this manner. Please stop.” If she doesn’t, you might need to say, “I’m leaving the room now and when I come back I’d like you to cease this manner of speaking.”

Tears brimmed her eyes as I said “I’m so sorry for this hard time.”

“Could I pray for you before you board?”

They were boarding the plane’s first group at that point.

She was traveling on Southwest which gives the boarding groups a letter and a number. “I think mine is B52,” she had quipped. 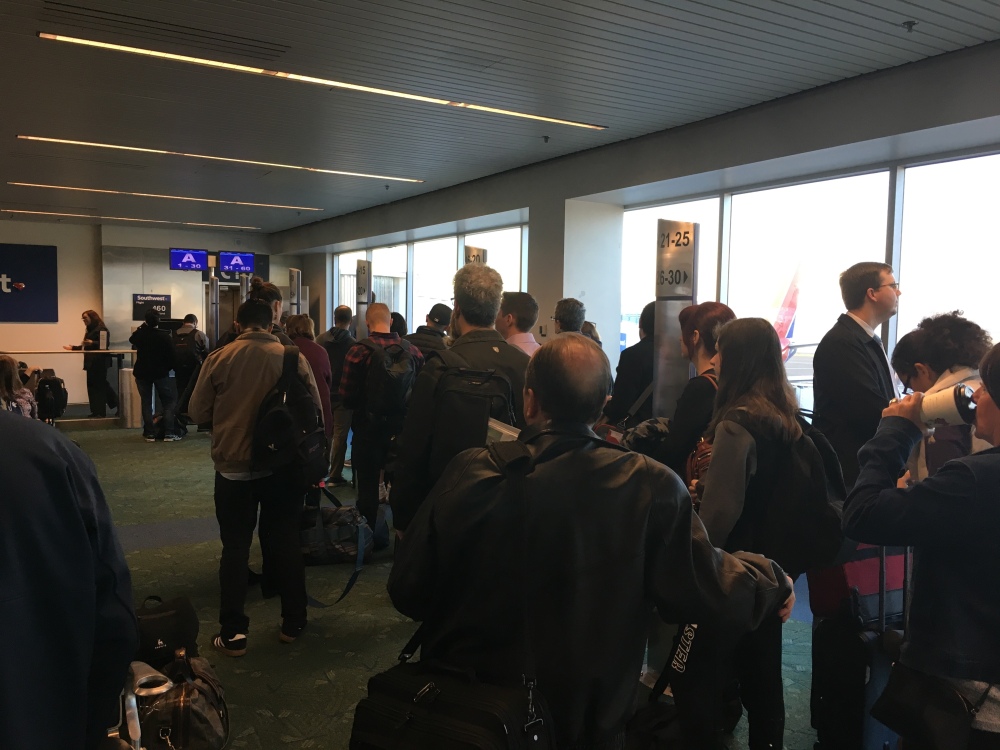 “Oh so you are really going to fly in!” I had responded, referring to the old B52 aircraft.

To my question about prayer she said

I took her hands saying “What is your son’s name?”

I prayed with her for Darren and his wife, this difficult situation, and mostly prayed for Betty to know and experience Jesus and his immense love for her.

As I ended the prayer she thanked me profusely, wiping away the tears from her eyes, unplugged her phone, wrapped up all the cords dropped them and her phone into her red leather purse and grabbed both that and the handles of the green sack and left for the boarding line.

This is the week when many families gather for thanksgiving and there is not a gathering that does not involve some level of challenging relationships.

May you also get a recharge in your relationship with Jesus to strengthen you for those gatherings. And May you know that no matter the stress in conversations around your table, it is possible to love those around you with the tough, real love of Jesus who loved you enough to make that love a possibility. Remember you’re immensely loved. Be recharged. Plug into Jesus. 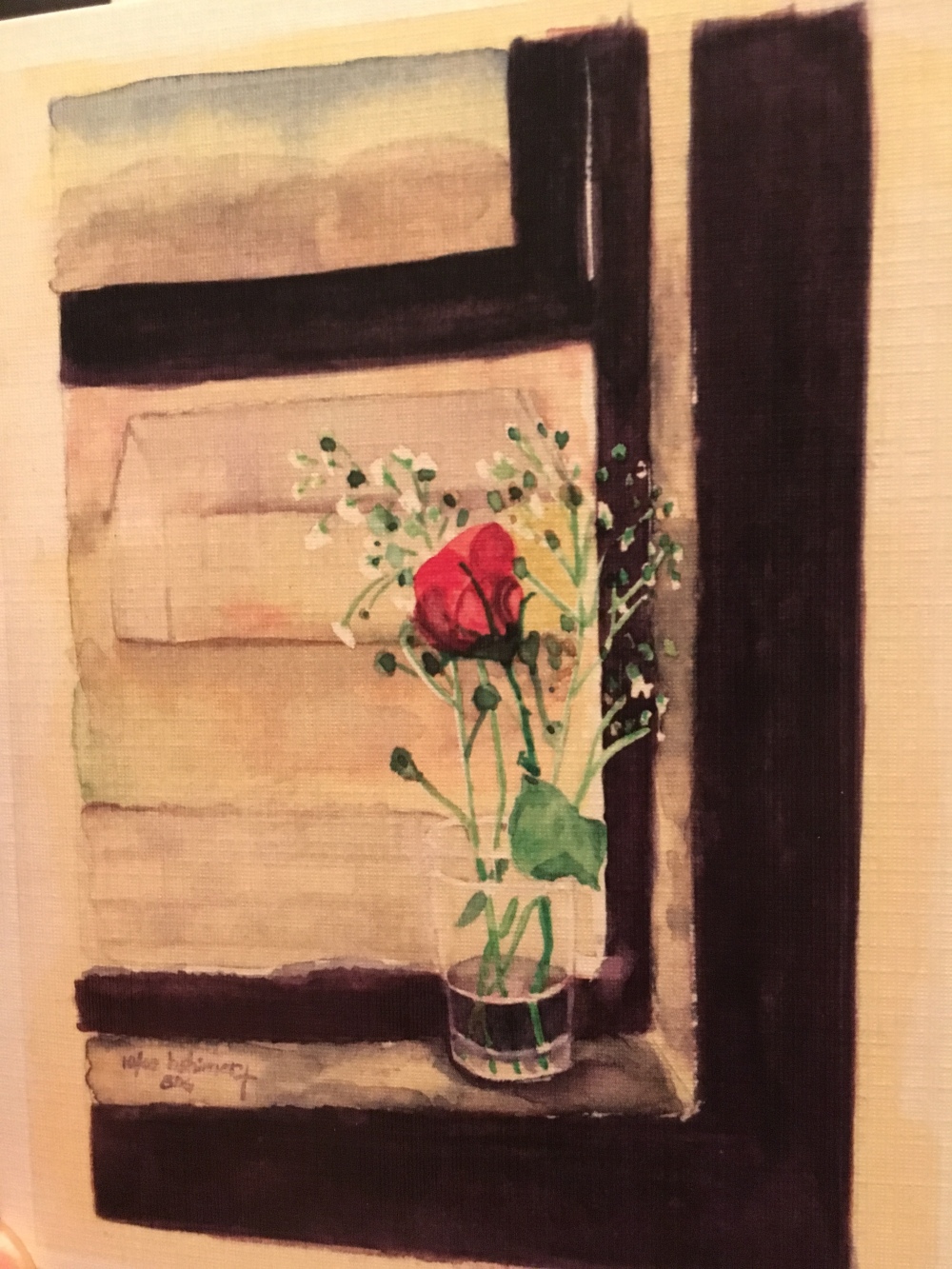